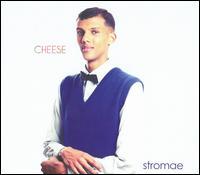 As dance floor fodder goes, Cheese is definitely above average, adding a doze of elegance to the prerequisite "shake-yer-booty" simplistic sound. The music is built around staccato beats that are appropriately primitive, but not mindless, and keyboard lines that are just as sparse, but never lose the otherworldly quality expected of good techno, and come off more earnest than they were probably meant to be. Paul van Haver's vocals may seem to be contrasting the music -- his drawn-out, quiet and clearly enunciated half-whispers in places come close to a somewhat pompous sermon, but mostly sound like a dispassionate news report on some pretty hot things, though you won't know it from the anchor's tone. He is also pretty wordy, which gives the record a French rap vibe at times (though there is no actual rapping), but overall, his vocals help to ground in reality what otherwise would have been pretty abstract music. The whole affair is really quite plain songwriting-wise and doesn't sport any big hooks, but creates an authentic nighttime vibe, and while the music fades into background after a while, it remains fun every time you pay attention -- or catch yourself toe-tapping. The record's main hit, "Alors on danse," may even stir expectations of the album being something above a plain old dance record, but it does not really live up to those -- not because the rest of the music is not up to par, but because it sounds exactly like that one song, which, repeated eleven times over, tends to impress less than it does at three minutes. So, plain old dance record it is, but nobody said it's a bad thing. ~ Alexey Eremenko, Rovi