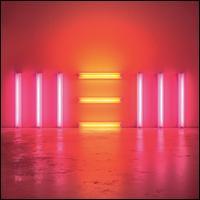 At its quietest moments, 2007's Memory Almost Full played like a coda to Paul McCartney's illustrious career; he seemed comfortable residing in the final act of his legend, happy to reflect and riff upon his achievements. Such measured meditation is largely absent from 2013's New, the first collection of original material he's released since 2007. New lives up to its title, finding McCartney eager, even anxious, to engage with modern music while simultaneously laying claim to the candied, intricate psychedelia of latter-day Beatles. Five decades into his career, reinvention isn't expected from McCartney, so the shock arrives in the avenues Paul chooses to follow and, here, he's enthusiastically embracing modernism and pop art. He brings in Mark Ronson, the producer best-known for hits by Amy Winehouse and Lily Allen, to add a bit of modern snazz, but sharp guy that he is, McCartney knows that contemporary pop albums are created by a fleet of producers, so Paul Epworth, a collaborator of Adele, Foster the People, and Florence & the Machine, is hired along with Ethan Johns (a veteran of Kings of Leon and Laura Marling) and Giles Martin (the son of Beatles producer George Martin), each enlisted to give New a crisp, clean sheen. There are a lot of cooks in the kitchen but the chef is undoubtedly McCartney, with every song -- from the kaleidoscopic title track to the delicate folk of "Hosanna" and the pounding, overstuffed "I Can Bet" -- bearing his unmistakable stamp. From the moment it opens with the insistent, propulsive "Save Us," this is a bright, vivid pop album, robust with color and so confident in its swagger that its assurance is almost distracting. Macca is determined to dazzle: not only are the melodies bold but the production is over-saturated so his pop pops in a way it hasn't in years, not since the days when a Top 40 single was a genuine possibility. Paul isn't chasing a hit single but rather embracing pop as a vital, vivacious life force, which makes the presence of "Early Days" all the more baffling. A stark acoustic recounting of the dawn of the Beatles, McCartney seems uncharacteristically defensive here as he wonders how anybody who wasn't in Hamburg could possibly tell tales of the Fab's origins, strangely tone-deaf to how he and his band have turned into myth. But that unwillingness to accept his role in history books also gives New its nerve, letting McCartney create music that is thoroughly within his lineage but cleverly modern, eschewing nostalgia for a vibrant present. That's why New is one of the best of McCartney's latter-day records: it is aware of his legacy but not beholden to it even as it builds upon it. ~ Stephen Thomas Erlewine, Rovi