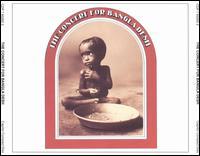 The Concert for Bangladesh

Hands down, this epochal concert at New York's Madison Square Garden -- first issued on three LPs in a handsome orange-colored box -- was the crowning event of George Harrison's public life, a gesture of great goodwill that captured the moment in history and, not incidentally, produced some rousing music as a permanent legacy. Having been moved by his friend Ravi Shankar's appeal to help the homeless Bengali refugees of the 1971 India-Pakistan war, Harrison leaped into action, organizing on short notice what became a bellwether for the spectacular rock & roll benefits of the 1980s and beyond. The large, almost unwieldy band was loaded with rock luminaries -- including Beatles alumnus Ringo Starr, Eric Clapton, Badfinger, and two who became stars as a result of their electric performances here, Leon Russell ("Jumpin' Jack Flash"/"Youngblood") and Billy Preston ("That's the Way God Planned It"). Yet Harrison is in confident command, running through highlights from his recent triumphant All Things Must Pass album in fine voice, secure enough to revisit his Beatles legacy from Abbey Road and the White Album. Though overlooked at the time by impatient rock fans eager to hear the hits, Shankar's opening raga, "Bangla Dhun," is a masterwork on its own terms; the sitar virtuoso is in dazzling form even by his standards and, in retrospect, Shankar, Ali Akbar Khan, and Alla Rakha amount to an Indian supergroup themselves. The high point of the concert is the surprise appearance of Bob Dylan -- at this reclusive time in his life, every Dylan sighting made headlines -- and he read the tea leaves perfectly by performing five of his most powerful, meaningful songs from the '60s. Controversy swirled when the record was released; then-manager Alan Klein imposed a no-discount policy on this expensive set and there were questions as to whether all of the intended receipts reached the refugees. Also, in a deal to allow Dylan's participation, the set was released by Capitol on LP while Dylan's label Columbia handled the tape versions. Yet, in hindsight, the avarice pales beside the concert's magnanimous intentions, at a time when rock musicians truly thought they could help save the world. ~ Richard S. Ginell, Rovi