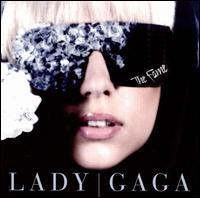 The times were crying out for a pop star like Lady GaGa -- a self-styled, self-made shooting star, one who mocked the tabloid digital age while still wanting to wallow in it -- and one who's smart enough to pull it all off, too. That self-awareness and satire were absent in the pop of the new millennium, where even the best of the lot operated only on one level, which may be why Lady GaGa turned into such a sensation in 2009: everybody was thirsty for music like this, music for and about their lives, both real and virtual. To a certain extent, the reaction to The Fame may have been a little too enthusiastic, with GaGa turning inescapable sometime in the summer of 2009, when she appeared on countless magazine covers while both Weezer and DAUGHTRY covered “Pokerface,” the rush to attention suggesting that she was the second coming of Madonna, a comparison GaGa cheerfully courts and one that’s accurate if perhaps overextended. Like the marvelous Madge, Lady GaGa ushers the underground into the mainstream -- chiefly, a dose of diluted Peaches delivered via a burbling cauldron of electro-disco -- by taming it just enough so it’s given the form of pop yet remains titillating. Sure, GaGa sings of disco sticks, bluffin’ with her muffin, and rough sex, but her provocation doesn’t derive solely from her words: this is music that sounds thickly sexy with its stainless steel synths and dark disco rhythms. Where GaGa excels, and why she crossed over, is how she doesn’t leave all this as a collection of hooks and rhythms, she shapes them into full-blown pop songs, taking the time to let the album breathe with chillout ballads and percolating new wave, like the title track that echoes Gwen Stefani in dance diva mode. But where Gwen simply celebrates celeb consumer culture, GaGa bites, her litany of runway models, pornographic girls, and body plastic delivered with an undercurrent of disdain, even as she loves all the glitz. This dichotomy propels much of The Fame, particularly on the clever “Paparazzi,” where she casts herself as the photographic parasite chasing after her crush, but none of this meta text would work if the songs didn’t click, functioning simultaneously as glorious pop trash and a wicked parody of it. ~ Stephen Thomas Erlewine, Rovi