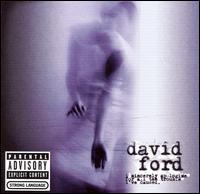 I Sincerely Apologise for All the Trouble I've Caused [Explicit]

If you were to buy David Ford's solo debut based only on the album cover, you might be in for a bit of a surprise. Instead of the hard, angry, loud music that the blurred female figure and the obtrusive parental advisory sticker suggest, I Sincerely Apologise for All the Trouble I've Caused is an emotional, pretty record that finds Ford more than willing to not only wear his heart on his sleeve, but give you the entire shirt as well. He generally sticks to the standard adult contemporary pop/rock love song, but he's insightful enough to bring complexity to what would otherwise be straightforward pieces. In "Katie," for example, he professes his love for the title character, but he also seems to be more bewildered by his feelings than charmed ("Katie will you say to me?/Will you just laugh and tell me/That I've got it wrong?"), and in the wonderfully British "Cheer Up (You Miserable F***)," both he and his companion are so desperate ("Because you/You are no fun/And I'm so dumb/But please let us not be lonely") that it makes sense that they be together, even though indubitably things will end badly. While his acoustic guitar and piano are the most prevalent instruments on the record, he also adds some depth sonically with his use of strings, steel guitar, bass, harmonica, drums, and even a tenor sax, which makes what could just be very run-of-the-mill songs a little more interesting. "State of the Union," which is probably as close to a protest song as you can find on mainstream radio, surges forward with drums and a heavy bass, and though Ford's lyrics veer more toward observation than name calling, as the song and his anger progress, he's willing to throw out a few more pointed criticisms, too ("What a model of Christian behaviour/Preach on with your message of 'go f*** thy neighbour'"). Ford has a compelling voice, he's a decent songwriter, and he's touchingly honest -- and even if some of the tracks go on for a little too long (only one is under four minutes) and are a little too sentimental, overall I Sincerely Apologise for All the Trouble I've Caused is a nice, professional album made for those wishing to reflect quietly upon life rather than scream and yell about it. ~ Marisa Brown, Rovi