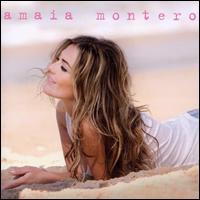 When lead vocalist Amaia Montero left La Oreja de Van Gogh for a solo career in 2007 after a decade of chart-topping international success, the question naturally arose of how central she had been to the band's remarkable success. Not only was she the attractive frontwoman of the otherwise all-guy band and therefore its most visible member; she was also a key partner in the band's songwriting process, along with keyboardist Xabi San Martín and guitarist Pablo Benegas. In her absence, the band swiftly replaced her with the younger vocalist Leire Martínez and didn't waste any time releasing "El Último Vals," the smash hit lead single from the likewise chart-topping album A las Cinco en el Astoria (2008). While the album didn't quite measure up to past La Oreja de Van Gogh albums such as El Viaje de Copperpot (2000), Lo Que Te Conté Mientras Te Hacías la Dormida (2003), and Guapa (2006) -- presumably in part because of Montero's absence -- A las Cinco en el Astoria was nonetheless an impressive album and suggested that perhaps Amaia wasn't as central to the band's success as some had thought. Then two and a half months later came the release of Amaia Montero, preceded by the lead single "Quiero Ser," and no longer did anyone have reason to question Montero's ability. A respectably modest solo debut effort, Amaia Montero is an often near-perfect album that puts the singer/songwriter firmly in the spotlight, where she shines brilliantly on practically every song as both a singer and songwriter. The music is still pop/rock in the style of La Oreja de Van Gogh, and thankfully it's dynamic and varied from song to song with only a couple ballads ("407," "Te Falta Rock"), and tasteful ballads at that. Yet no longer does Montero contend with the showmanship of her backing band, especially aforementioned keyboardist Xabi San Martín and guitarist Pablo Benegas, who seemed to push the last Oreja de Van Gogh album, Guapa, in the direction of musical indulgence (e.g., "Muñeca de Trapo," an amazing song powered by the push and pull of Montero's vocals and Benegas' riffs). On the contrary, Montero sounds perfectly at ease on her self-titled album debut, singing well-written, generally upbeat songs with basic pop/rock backing and the pristine studio craft of Italian producer Claudio Guidetti. The aforementioned album-opening lead single, "Quiero Ser," is as close to perfect as anything Montero ever performed with La Oreja de Van Gogh, and part of its genius is how the music understatedly serves the song rather than the interests of the musicians. There are a lot of other great songs on Amaia Montero, ones with similarly understated musical backing ("Mirando el Mar") as well as bigger, louder songs with greater layers of production more typical of latter day La Oreja de Van Gogh ("Tulipán"). In fact, there's not a dull song on Amaia Montero, a respectably modest solo debut effort that concludes after 11 songs in 42 minutes without so much as a featured guest or any other superstar gesture typical of contemporary pop music. ~ Jason Birchmeier, Rovi