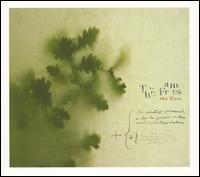 If the Frames don't crack it with The Cost then there is something terribly wrong. The Irish heroes, who often get picked ahead of U2 at being the best live band at home, see this, their seventh album in a little over a decade and their third issued on the Anti label, home to Tom Waits, Nick Cave, Neko Case, Joe Henry, Danny Cohen, Marianne Faithfull, Blackalicious and Daniel Lanois, among others. The label pedigree is no accident. The Cost was recorded live in the studio in ten days. The idea was to capture some of the excitement and drama the band exude in truckloads during their live shows. With Steve Fitzmaurice and David Odlum at the helm, this is no garage rock date, but it drips with immediacy and emotion. Fronted by songwriter Glen Hansard, the quintet donned electric and acoustic guitars, simple keyboards, and drums augmented by strings and very subtle, atmospheric brass. In other words, the setting -- Black Box in France -- and extra musicians make this the Frames recording to beat and carries within it the possibility of pop greatness. This is indie pop developed to such a level that it has to be impossible to deny. Check the lilt and tension in "People Get Ready," (not the Curtis Mayfield song) where each individual is asked to evaluate her or his own life and prepare for something bigger than they are -- namely the chance to not be denied collectively. Hansard's voice is tender and tough, soft and large, and he gets to the meat of a lyric without having to exert his sincerity, unlike another frontman of a hugely popular Irish band. The strings and guitars swell and swoop, they ebb and flow together and make the entire track nearly lift off the ground. "Rise" has all the erotic tension of a great Tindersticks tune without any of the derisive or bitter irony -- not to mention Hansard's beautiful singing voice. Two tracks Hansard recorded with Czech actress, singer, composer and multi-instrumentalist Markéta Irglová, who he collaborated with on the unsung-in-the U.S. CD Swell Season (and with whom he also co-starred in the John Carney film Once) are re-recorded here: "Falling Slowly" (which may lose a bit of its erotic focus but gains in sheer accessibility), and "When Your Mind's Made Up."

The title track is a weeper, fueled by a slow distorted electric guitar, a snare and a hi hat. Hansard's spare phrasing and his way of spacing his lines apart allow the song's meaning -- as classic a theme of love and loss as has been recorded in this century thus far -- to come through in the silences. "Bad Bone" is the set's final cut. With a slow, whispering acoustic guitar entering just after his vocal Hansard sings: "There's a bad bone inside of me/all my trouble started there/and all the cracks are adding up to be/a little more than you can bear . . " Another guitar joins him and the tune is vaguely reminiscent of Neil Young's "Helpless," but it's drawn out quietly to bring the listener in. A violin joins the electric guitars on the refrain and Hansard sings: "When the anger that you feel/Turns to poison in your soul/And then the scars you only feel/Will start to show..." the last words come out of his mouth almost as an afterthought; the tune becomes more revelatory as the story unfolds, bringing the listener to reverie, to that moment of shame hidden in her or his life that adds that empathy and a type of hush usually reserved for the revelation of long buried secrets and disappointments. The Cost is brilliant pop music that doesn't mope in its darker moments. Hansard states his case clearly and effortlessly. The Cost reflects us with a conscience that doesn't shy away from poetry or craft, and gets it all across with the immediacy of a performance. The Frames may have a slew of albums and be Ireland's best-kept secret in the U. S., but The Cost signals their true arrival as artists of the first order, who can pull it off on a stage, and on record. This stuff is pure musical and lyrical inspiration. ~ Thom Jurek, Rovi