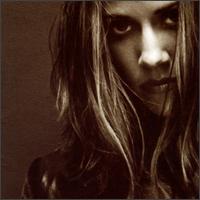 Hiring noted roots experimentalists Tchad Blake and Mitchell Froom as engineer and consultant, respectively, Sheryl Crow took a cue from their Latin Playboys project for her second album -- she kept her roots rock foundation and added all sorts of noises, weird instruments, percussion loops, and off-balance production to give Sheryl Crow a distinctly modern flavor. And, even with the Stonesy grind of "Sweet Rosalyn" or hippie spirits of "Love Is a Good Thing," it is an album that couldn't have been made any other time than the '90s. As strange as it may sound, Sheryl Crow is a postmodern masterpiece of sorts -- albeit a mainstream, post-alternative, postmodern masterpiece. It may not be as hip or innovative as, say, the Beastie Boys' Paul's Boutique, but it is as self-referential, pop culture obsessed, and musically eclectic. Throughout the record, Crow spins out wild, nearly incomprehensible stream-of-consciousness lyrics, dropping celebrity names and products every chance she gets ("drinking Falstaff beer/Mercedes Ruehl and a rented Leer"). Often, these litanies don't necessarily add up to anything specific, but they're a perfect match for the mess of rock, blues, alt-rock, country, folk, and lite hip-hop loops that dominate the record. At her core, she remains a traditionalist -- the songcraft behind the infectious "Change Would Do You Good," the bubbly "Everyday Is a Winding Road," and the weary "If It Makes You Happy" helped get the singles on the radio -- but the production and lyrics are often at odds with those instincts, creating for a fascinating and compelling (and occasionally humorous) listen and one of the most individual albums of its era. ~ Stephen Thomas Erlewine, Rovi