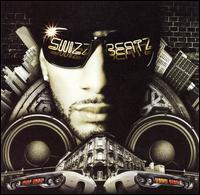 Shortly after fellow rap producers Pharrell and Timbaland released solo albums of their own, Swizz Beatz served up One Man Band Man, and like those of his peers, it fails to fulfill its potential, held back by repetitive, inane raps and relentless, self-indulgent boasting. Prior to this misstep, Swizz had been on a hot streak. Most notably, he produced three of the best songs on Beyoncé's 2006 chart-topper B'day ("Get Me Bodied," "Upgrade U," "Ring the Alarm") as well as her number one soundtrack hit "Check on It" (from The Pink Panther). He'd also recently produced tracks for Jay-Z, T.I., the Game, Ice Cube, Busta Rhymes, Gwen Stefani, R Kelly, Eve, and UGK. Given such contacts, it's puzzling why Swizz didn't ask at least a few of these superstars to return the favor and contribute to his album. That's what Pharrell and Timbaland did on their respective solo albums, In My Mind (2006) and Shock Value (2007), and that's indeed what Swizz did on his previous album, G.H.E.T.T.O. Stories (2002). The relentless boasting of One Man Band Man suggests Swizz was on such a high in the midst of his 2006 hot streak, he figured he could go it alone à la Kanye West, a rap producer who likewise stepped into the spotlight after crafting hits for others. Swizz isn't anywhere hear the rapper Kanye is, unfortunately, and unlike Timbaland, it doesn't seem like he employs ghostwriters: on the contrary, he seems fully confident of his rapping ability, and he's unafraid to put himself front and center on One Man Band Man. The album suffers for it. As expected, the productions are lively, no question about that (Eve's contemporaneous single, "Tambourine," is a good point of comparison), but Swizz jeopardizes them with his inane raps, which are repetitive to the point of insanity. When the album's rare guest raps (Drag On on "Bust Ya Gunz"; Lil Wayne [whose gonzo verse is the album highlight], R Kelly, and Jadakiss on "It's Me Bitches [Remix]") do turn up, they're a relief. Had Swizz included more guest features like these, and consequently put himself on the sidelines more frequently, One Man Band Man would be a much more easily enjoyable listening experience. [One Man Band Man was also made available in a "clean" version with all profanity removed.] ~ Jason Birchmeier, Rovi