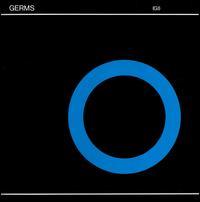 A blast of self-lacerating L.A. punk in its original glory, (GI) is simply classic; a commanding, rampaging sneer at everyone and everything infused with a particular, disturbed vision. Said vision belongs to Darby Crash, whose proclivities for charismatic manipulation were already well established before he fully spelled them out in lyrics like "Lexicon Devil," here featuring in a re-recording, and "Richie Dagger's Crime." His David Bowie worship was also paramount -- "Land of Treason," "Communist Eyes," and "Strange Notes" are just three numbers featuring his transformation of the apocalyptic aesthetics of albums like Diamond Dogs and Station to Station toward more brutal ends. Practically speaking, his snarling star quality comes through more than his words, but it's more than enough on that front. Pat Smear has an equal claim to being the album's star, though, and for good reason -- not only did he co-write everything, his clipped, catchy monster riffing was as pure punk in the late-'70s sense as anything, wasting no time on anything extraneous. Lorna Doom and Don Bolles keep up the side as a kickass rhythm section, Bolles in particular making a good mark in the first of his many drumming stints over the moons. Joan Jett's production got knocked at the time for perceived thinness, but she and engineer Pat Burnette actually did a great job at recording the band with crisp, strong results. The notorious closing number, "Shut Down (Annihilation Man)," makes for a nicely balanced contrast to the 42-second opener, "What We Do Is Secret." While the latter song is pure hyperspeed, Crash sounding like he's about to run out of breath on the shout-along chorus, "Shut Down (Annihilation Man)," recorded at a club gig, shows how the Germs could (quite intentionally) tick off an audience via long, meandering numbers if they so chose. ~ Ned Raggett, Rovi