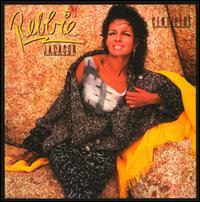 Although the Jacksons are R&B's most famous family, being a Jackson never guaranteed longevity. Take Rebbie Jackson, for example. In the 1980s, the sister of Michael, Janet, Tito, Randy, LaToya, Marlon, Jermaine, and Jackie Jackson had her 15 minutes of fame, but despite being very well connected, she never headlined Madison Square Garden. None of her albums had the impact of Janet's Control, let alone Michael's Thriller. But she did enjoy a lot of publicity in 1984, when Columbia released her debut album, Centipede. Written and produced by Michael, the alluring title song became a major hit and is a jewel of a single. But the other tracks aren't fantastic -- pleasant, but not fantastic. As Rebbie's critics were quick to point out in 1984, she doesn't have a great voice -- nor does Janet, for that matter, and despite her limitations as a singer, Janet has delivered some truly stunning albums. But while Janet had Jimmy Jam and Terry Lewis to help her excel on classics like Control and Rhythm Nation 1814, Rebbie doesn't get that sort of encouragement on Centipede. Most of the tracks were produced by Wayne Henderson, who has an impressive track record but doesn't enable her to go that extra mile. Henderson sees to it that she is pleasant on "Open Up My Love" and a remake of Smokey Robinson's "A Fork in the Road," but while this LP simmers, it rarely burns. One track that is especially revealing is Rebbie's version of Prince's "I Feel for You," which Chaka Khan also covered in 1984. While Khan's interpretation is stunning, Rebbie's is merely decent. And that is true of the album on the whole -- Centipede is a decent record, but except for the title song, it isn't a great one. ~ Alex Henderson, Rovi