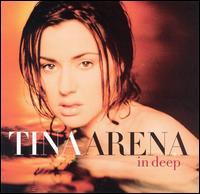 Tina Arena's slow-developing international career must be a source of frustration to Sony Music. Given the pop singer/songwriter's success in her native Australia, where In Deep, her second Epic album, became a number one hit upon its release in August 1997, the obvious plan is to turn her into a down-under Celine Dion. In that pursuit, this American reconfiguration has added "If I Was a River," written by Diane Warren (who wrote Dion's "Because You Loved Me") and produced by Walter Afanasieff, who also produces Dion and Mariah Carey, as well as a duet with Marc Anthony on "I Want to Spend My Lifetime Loving You," written by James Horner and Will Jennings (who wrote Dion's "My Heart Will Go On"). The album was produced in typically gargantuan fashion by Jim Steinman, and "Lifetime" was used in the 1998 film The Mask of Zorro. Actually, Arena is not the next Dion, and she doesn't need this kind of high-powered help. Her own songs, co-written with a team of others, are perfectly good contemporary pop/rock, and she sings them with passionate commitment. The six songs produced by Foreigner's Mick Jones have a harder rock edge (not surprisingly), notably a cover of Foreigner's "I Want to Know What Love Is," but the four produced by David Tyson can rock out, too. Nevertheless, Arena is not distinctive enough a singer or songwriter to break through on her recordings alone. If she wants American success, she will have to work for it. On the one hand, the U.S. market has never been so open to female performers; on the other hand, there's a glut of them. In Deep is brimming with potential hit singles (it spawned three in Australia), but it had no commercial impact upon release in the U.S., which must be considered a disappointment after the modest American success of her Epic debut, Don't Ask, in 1996. ~ William Ruhlmann, Rovi