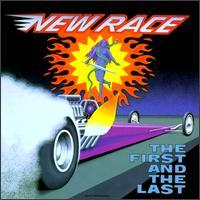 The First and the Last

This album earned credibility for documenting a unique, one-off event. In 1981, ex-Radio Birdman bassist Warwick Gilbert, guitarist Deniz Tek, and vocalist Rob Younger saluted their influences by joining the Stooges' lead guitarist Ron Asheton and MC5 drummer Dennis Thompson for a six-week blitzkrieg of Australia. The notion made sense, since Radio Birdman had been acclaimed on their Australian home turf yet relegated to cult fodder elsewhere, while the MC5 and the Stooges had never been commercial propositions either. Still, once listeners pass the "punk summit" angle used in promoting the album, they'll find the fruits of this alliance impressive enough to warrant further exploration. Not surprisingly, there's strangled, slash-and-burn guitar playing aplenty on burners like "November 22, 1963," a conspiratorial recall of President John F. Kennedy's assassination. This track, by Asheton's major post-Stooges outlet, Destroy All Monsters, would undoubtedly win filmmaker Oliver Stone's approval. Tek's "Descent into the Maelstrom" and "Haunted Road" open similar forays into the fretboard jungle, while the Gilbert-Thompson axis never lets up, especially on the drummer's MC5 standard "Gotta Keep Movin'." As these choices show, the set draws evenly from across the board, with "Looking at You" and an understated "Loose" nodding again, respectively, to the MC5 and the Stooges. Tek's moodier songs, "Breaks My Heart" and "Sad TV," inject variety into the proceedings, while time constraints only permitted one new song to emerge: "Columbia," whose propulsive riff and atypical space-travel theme closes the album on a powerful, decisive note. Strategically overdubbed backing vocals and guitar on three songs, as well as piano on "Descent into the Maelstrom," do nothing to blunt this album's appeal, which offers historical value from a one-off event that never occurred again. Tek's terse yet engaging liner notes aptly sum up the exercise: "Humor beats bitterness every time." It's hard to disagree when the evidence is this powerful. ~ Ralph Heibutzki, Rovi