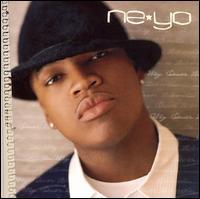 In My Own Words

Shaffer Smith has been writing material for mainstream acts since the tail end of the '90s, when he was barely old enough to drive. In 2004, after he adopted the name Ne-Yo -- a sensible move since his birth name is more like that of a sitcom actor or anchorman than an R&B loverman -- his industry stock shot way up for co-writing Mario's "Let Me Love You," an inescapable number one hit. The pointedly titled In My Own Words is the second album he has made as a solo artist, but it's the first to be released, and its presentation clearly intends to get the point across that he's a writer, with images of lyric sheets strewn across the accompanying booklet, and the photo props of choice are pencils and pads, not practically naked models and probably rented sports cars. In My Own Words is a concise album with only one guest verse (from Peedi Peedi), unless you count the unlisted bonus remix (featuring Ghostface). It's very focused and surprisingly taut, especially for a debut that involves several producers. "So Sick," a hit single released in advance of the album, carries a vulnerability not unlike "Let Me Love You" -- it's certainly additional proof that Ne-Yo does heartache best of all -- but it's even more successful at staying on the right side of the line that separates heartfelt anguish from insufferable whining. Its modern approach, interlocked with touches of '70s and '80s R&B sensibilities, is also in effect for the entirety of the album. Beyond a couple lightweight tracks, the album only falters when scenarios from different relationships clash: in "Get Down Like That," Ne-Yo is a righteous boyfriend who turns down the advances of a tempting ex, while in "That Just Ain't Right," he confesses to an ex (who has been an ex for three years) that he calls out her name while in bed with his current lover. The problems, however, really aren't all that detrimental. Ne-Yo is a real talent as a songwriter, and as a vocalist he is unmistakably more concerned with serving the song than his ego. He's not the flashiest vocalist, but he's able to put across contrasting emotions with slight adjustments, and he balances toughness with tenderness exceptionally well -- all of which are uncommon traits in the early 2000s. This album could turn out to be the most impressive R&B debut of 2006, as well as one of several milestones in a lengthy career. ~ Andy Kellman, Rovi