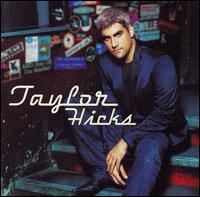 Out of all the millions of words that have been written about American Idol, one topic that's never fully addressed is how the show winds up finding and filling America's forgotten pop music needs. Genres that have been banished from the airwaves for one reason or another -- usually because they didn't fit within the strictly regimented confines of corporate radio -- have resurfaced on the show, whether it's unabashedly square middle of the road pop, old-fashioned deep soul, Southern rock or blue-eyed soul. This may not have been true of the show's first season when the two finalists, Kelly Clarkson and Justin Guarini pretty much fit the bill for TV-produced pop stars -- clean and cute, singing dance-pop designed for the teenagers everyone assumed were AmIdol's core audience -- but things started to veer off track in the show's second season when squeaky-clean Clay Aiken and soul crooner Ruben Studdard constituted the top two. Instead of being a fluke, this was the beginning of American Idol's celebration of neglected styles, leading to the barnstorming soul of Fantasia Barrino in season three, the Southern rock of Bo Bice in season four, and then the white-haired, blue-eyed soul belter Taylor Hicks, who unexpectedly took the top honors in season five.

At first glance Hicks sure didn't seem like an American Idol: with that prematurely white hair and his slightly hefty frame, he seemed like somebody's dad trying to pass as an AmIdol contestant, which was part of his charm. But charm alone doesn't win a singing competition, and Hicks had real power as a singer, blessed with a husky, soulful growl that displayed a clear Ray Charles' influence but an even heavier debt to Joe Cocker and Michael McDonald, two singers raised on Motown and R&B who still retained a soulful edge when they eased into soft rock later in their careers. Hicks picked up on this trick of Cocker and McDonald's, how they could still sound passionate while singing schmaltz, and that helped propel him toward the American Idol championship, but even though he took the crown, there was a huge question looming over the release of his debut album: would 19 Entertainment, Clive Davis and all the powers that be behind the scenes at American Idol let Hicks stay true to the gifts he displayed on the show, or would they shoehorn him into a sound that doesn't suit him, the way they did with Bice on his debut The Real Thing? Bice served as a cautionary tale for Hicks and his producers, since he was another Alabama boy who shined on AmIdol because he was bringing back a Southern sound not heard on the radio, but when it came time for his debut he was forced into a stilted modern rock that not only didn't suit him musically, but it ignored the very reason why audiences loved him on the show: they loved him because he didn't sound like everybody else on the radio, but on The Real Thing, his producers tried to make him sound like everybody else, and failed miserably. The same thing could have happened to Hicks, since he also didn't sound like anybody else on the radio in 2006, but fortunately, everybody involved in Hicks' debut do not try to force modernity upon him: they let Taylor be Taylor.

Which doesn't necessarily mean that Taylor Hicks is nothing but a Doobie Brothers album in disguise: it certainly has tracks that fit within the confines of adult contemporary radio in 2006, but they never feel as crass or formulaic as "Do I Make You Feel Proud," his post-Idol chart-topper that found him straining against the constraints of AC conventions. Cuts that are nothing more than professional and pleasant -- mainly ballads, such as the plodding yet anthemic "Just to Feel That Way" and the Diane Warren-penned "Places I've Been," which was written with Hicks' back story in mind but nevertheless feels formulaic, but also an overly slick cover of Marvin Gaye's "Wherever I Lay My Hat" -- account for about a third of Taylor Hicks, and while they're little more than the perfectly fine fodder of a waiting room, Hicks does not sound uncomfortable singing them. Indeed, he invests them with just enough personality that they're more engaging than the bland yet pretty ballads that pass as modern soft rock, and their inclusion here makes commercial sense; these are the tunes that play by the rules of modern adult pop, and Hicks performs them as a pro without losing his personality. In contrast, the rest of Taylor Hicks is a throwback -- not necessarily a throwback to the Motown and '60s pop that he sang on Idol, but rather to the soft rock and blue-eyed soul of the '70s and '80s, which itself was informed by the spirit of the '60s. And at its best -- and it's frequently very good, even excellent -- Taylor Hicks resembles nothing so much as a forgotten '80s soft rock album, a blend of Michael McDonald, Bridge-era Billy Joel, Hall & Oates and Steve Winwood's Roll with It that certainly satisfies any hopes that Hicks would indeed make a record that could be called Yacht Rock for the new millennium. Digitally polished though it may be, there's a lived-in warmth to the performances of Hicks and his studio pros, and producer Matt Serletic, who made his name helming records for Matchbox Twenty, is sharp enough to retain that feel even when he's building tracks upon samples, as he does on "Heaven Knows," which reworks Ray Charles' "What I'd Say" into an addictive, danceable piece of modern soul-pop. This gives Taylor Hicks a sound that's appealing on its own merits, but what makes the record work are the songs that evoke the past yet still sound fresh. Occasionally, this means something that's been unearthed, like "Gonna Move," a light, laid-back number found on Paul Pena's cult 1973 soul album New Train, but for the most part these are newly-written songs by professional songwriters. Matchbox Twenty's Rob Thomas is the only writer who attempts to bridge the gap between Hicks' retro-soul and contemporary pop, and he does so very well with "Dream Myself Awake," but the best stuff here are the songs that simply revive soulful sounds, whether it's Bryan Adams' surprisingly successful gospel-inflected closer "The Right Place," the neo-duet "Give Me Tonight" or, most of all, the absolutely terrific opener "The Runaround," a propulsive throwback to '80s soul-pop that's as good as any hit Michael McDonald had in that decade. As good as any of these professionally written tunes are Hicks' two originals -- the funky "Soul Thing" and the closest thing to genuine old-fashioned Southern soul, the quite wonderful "The Deal" -- revived and re-recorded from a pre-Idol independent album he made that show him as a solid writer in addition to being an inspired deal. Their inclusion also shows that he, assisted by some smart pros, can make the songs of others fit his musical style, which makes this debut somewhat of a subversive success: he's created an album that fits all of American Idol's requirements -- it's big, clean, catchy and commercial -- without losing his own identity, so he's sneaked blue-eyed soul back into the mainstream. But he never would have gotten this chance if American Idol's huge audience didn't recognize that he had this talent and if they didn't realize that he was making music that they had forgotten to hear, and fortunately, 19 Entertainment, in turn, realized this and let Taylor Hicks make an album that will surely satisfy anybody who loved to hear him on the show, and an album that stands as one of the best Idol-related records yet made. ~ Stephen Thomas Erlewine, Rovi