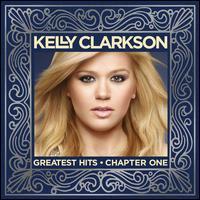 When Kelly Clarkson won the first American Idol way back in 2002, there was no indication of whether the singer was a fleeting phenomenon or the start of something lasting. Ten years later, with her first compilation, Greatest Hits, Chapter 1, appearing, the answer is clear: American Idol and Kelly Clarkson wound up as institutions that had nothing to do with each other. Clarkson shrugged off the expectations of AmIdol as quickly as she could, dutifully -- and enjoyably -- hitting all her marks on her 2003 debut, Thankful, highlighted by the tossed-off Christina Aguilera co-written single "Miss Independent" and the coronation song "A Moment Like This," but she wound up nailing her defiant, casually feminist persona a year later with "Since U Been Gone," one of the great singles of the new millennium. From there, Kelly both pushed too hard (her admirably conflicted neo-goth record My December) and not enough ("Stronger," an enjoyably by-the-books 2012 single that deservedly topped the U.S. charts), but throughout it all Clarkson remarkably retained her identity, producing a body of work that was pretty much untouchable when compared to any other pop star of the new millennium. Unlike Britney Spears, who slumped in the mid-2000s and never regained her footing, Clarkson always seemed in control of her career and image; she always seemed a little more mature than the divas who immediately preceded her and those who followed her. Consequently, Greatest Hits, Chapter 1 winds up sounding like pop sounded in the new millennium: alternatingly calculated and inspired, a pop star who always seemed in control of her fate even when she aspired to be heard as bumper music in malls from sea to shining sea. Remarkably, Greatest Hits, Chapter 1 doesn't contain all of Clarkson's great songs -- surprisingly, the Katy Perry-written anthem "I Do Not Hook Up" is nowhere to be found -- but nothing here is subpar; everything serves as testimony to Kelly's considerable vocal chops and potent charisma. She can sing like no other yet feels like the girl next door, a quality that grounds her poppiest songs and helped her transcend her made-for-TV diva persona. Despite all the calculations and constructions, Kelly Clarkson was a real, human pop star and that may be why her hits, when collected together, sound not like passing fancies but a body of work, the sound of pop music in the new millennium. ~ Stephen Thomas Erlewine, Rovi