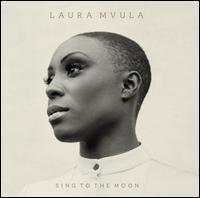 Sing to the Moon

Birmingham Conservatoire graduate and former music instructor Laura Mvula appeared in November 2012 with She, a four-song EP led by its title track. An elaborate and uplifting number -- part lullaby, part empowerment anthem -- "She" was unlike anything on the U.K. charts. It left an impression immediate and deep enough to land her a nomination for the BBC's Sound of 2013 poll. Sing to the Moon, her full-length debut, features "She" and builds upon that song's theatrical sound. It's rooted in decades-old forms of gospel, jazz, R&B, and, most deeply, orchestral pop. Almost all of the material is as serious and as refined as it is majestic, with vocal showcases and hushed-belted-hushed-belted dynamics galore. Taking in all the floating brass and drifting strings can be strenuous, but the tempo and mood perk up on the chiming romp "Green Garden," where Mvula drops the histrionics, loosens up, and projects pure joy: "Putting my bag down, taking my shoes off/Walk in the carpet of green velvet." "That's Alright," another wholly spirited number, opens with little more than tumbling drums and melodic hums as Mvula beams, "I will never be what you want, and that's all right/'Cause my skin ain't light, and my body ain't tight." The song then bursts with horns as the singer asserts, "Tell me, who made you the center of the universe?" and "What 'cha gonna do when I fly over you?" Although it's more admirable than it is enjoyable, Sing to the Moon marks the arrival of a unique and major talent -- one with a commanding voice seemingly from another dimension -- who should be worth watching for many years to come. ~ Andy Kellman, Rovi