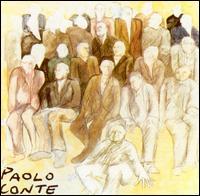 Paolo Conte's first and second album are virtually interchangeable. One released in 1974 and the other in 1975, both are unimaginatively titled Paolo Conte, include 11 songs, are built around the same instrumental core of Conte's piano, Danilo Pennone's double bass, and Nando Francia's accordion, and share the same topics, musical settings, and overall atmosphere. Fortunately for this, his sophomore effort, the second batch of songs, is every bit as memorable as his first. Some of Conte's most famous songs are here, such as "La Ricostruzione del Mocambo," the miracolo italiano postcard " "La Topolino Amaranto," or the extraordinary "Genova per Noi," a definitive portrait of a town that was once one of the busiest ports in the world, and is now a metaphor for rain, boredom, and things lost. Other standout tracks are the hilarious "Naufragio a Milano," sung in mock Neapolitan, or the oddly tender paean to extramarital affairs "Luna di Marmellata." Conte's voice and piano sound crisper than before, and several songs are augmented by horns, female vocalists, or a string quartet, elements that will become a mainstay of future Conte's productions. While neither this nor the debut album was particularly successful upon its release, both are faultless collections of originals, many of which would eventually become timeless classics of Italian pop music. Both stand among the highest achievements of Conte's recording career and are highly recommended. ~ Mariano Prunes, Rovi