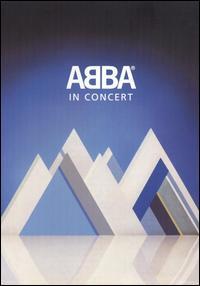 This reviewer wasn't too excited on buying this DVD, until he noticed the list of bonus features, which is impressive, to say the least. On its face, way back when, the video of ABBA in Concert was a kind of non-event, a last gasp in their history back in 1980-whatever. Although the related live album has some historic and technical interest, the idea of releasing a full-length concert video by this group had to be a part of the endgame strategy for their management and record label, because once the images of ABBA performing their stuff were released commercially and circulated freely, theoretically (at least) it removed the impetus for a any full-blown subsequent concert tour, and, in the absence of significant new material to expand their repertoire, any reunion. What was there left to do that hadn't been done? But the group, their label, and Universal Music have done enough with this DVD, so that it's essentially a first release, and a very good one. Fans can now ignore the laserdisc version from the early '90s, and put the videocassette editions from earlier release cycles right out of their minds, because this DVD (which costs, proportionately and adjusted for inflation, maybe half what those earlier releases did) runs circles around them. For starters, it's all been remastered on a level that puts the laserdisc edition to shame, right down to the original negative to judge from the picture quality, although there are limitations in some of the footage, especially the 16-mm material, that run right up against the clarity of digital video. But at least there are no more laser-based anomalies in the playback, and the source looks as good as the feature film version on the day the latter was released.

The audio has been remixed from the multi-tracks into Dolby Digital 5.1, which makes the playback here better than it is on the equivalent CD release, with a very close sound -- you can practically hear the action on Björn Ulvaeus' 12-string acoustic guitar on the live version of "I Have a Dream," and when the electric band, led by Benny Andersson's keyboards, swells up on "Gimme! Gimme! Gimme!" or "Dancing Queen," the viewer feels it. The actual concert only runs around 40 minutes, and the film always lacked smooth transitions between the songs, as well as the kind of audience presence that is standard in many concert documentaries. On the other hand, we do get the voices of Anni-Frid "Frida" Lyngstad and Agnetha Faltskog (and the guys also, backing them up) working live, in sharp relief, which is sort of the point of a concert recording. The producers have added several important supplements, including the uncut concert version of "I Have a Dream" and the "lost" concert numbers "The Way Old Friends Do" (which is a beautiful song) and the unused full live rendition of "Thank You for the Music," in addition to interviews with behind-the-scenes personnel, a still-image montage from the tour, and a trailer for the ABBA-based stage production Mamma Mia!, all of which brings the total running time of the disc to 100 minutes. There's also an extensively annotated booklet in the package, dealing with the group's history and approach to live performance, and the circumstances of the tour and the film. It's all produced very nicely in terms of sound and picture, which easily surpass the quality of any earlier release of this material. Indeed, the only complaint is the awkwardness of the bonus features menu, which requires several maneuvers to access each feature. Regardless, the DVD is still something that any fan of the quartet should seriously consider owning, and is so enjoyable -- even exerting a tug of '70s nostalgia to which this reviewer is normally immune -- that it might even make a convert or two on its own terms. ~ Bruce Eder, Rovi