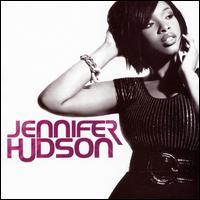 Vocal effects, T-Pain, and Ludacris have their place -- pop-oriented R&B singles fronted by life-like automatons with limited range, for instance -- but beyond cynical sales interests, they make zero sense on a Jennifer Hudson album. Anyone who has heard Hudson sing, whether through American Idol, Dreamgirls, or even that baffling duet on Meat Loaf's Bat Out of Hell III, would know she is capable of carrying an album without trendy gimmickry and guest MCs. Few vocalists as young as Hudson have a voice that is as versatile and expressive, proficient enough to pull off a multi-dimensional set of R&B songs, yet her debut is as tricked out as that of an artist with a small fraction of the talent. Neither the treatments nor the accessories were necessary. She got them anyway. Lead single "Spotlight," released four months prior to the album, was both promising and satisfying, nearly a dead-center bull's-eye -- dramatic but not over the top, powerful but not a gratuitous fireworks display, a melancholy but striking midtempo track with a gently thumping four-four pulse. It's also the first song on the album and sets up a sequence of wild swings between direct hits and flailing misses. The latter is more common than the former. Hudson's voice is smoothed out through the fluttery "If This Isn't Love" (not to mention spiked with grating male grunts of "Hey!"), nearly unrecognizable until the point where she belts. During "Pocketbook," Hudson is in top attitudinal form, but she is washed out by Timbaland's overstuffed beatbox-driven production and Ludacris' outlandish freakishness. "What's Wrong (Go Away)," a ballad written and produced by T-Pain, who also guests, would be just fine without the auto-tune that is streaked across it. Excepting "Giving Myself" -- as in "Spotlight," she triggers flashbacks to the late, great Phyllis Hyman -- the slower material that allows her to stretch out tends to be dry; only so much life can be breathed into Diane Warren's "You Pulled Me Through," while "Invisible" is low-wattage self-upliftment suited for a vocal competition. Album number two will hopefully make drastic reductions in moments like these, as well as the guest spots -- unless, of course, Fantasia is onboard for a sequel to the old-school-flavored duet "I'm His Only Woman." ~ Andy Kellman, Rovi