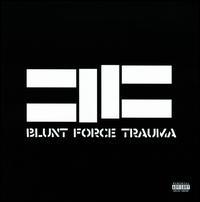 One of the most unlikely reunions in heavy metal history, the Cavalera Conspiracy -- featuring long-warring ex-Sepultura siblings Max and Igor Cavalera -- was such a dream come true for heavy metal fans everywhere, that many actually seemed afraid of waking up only to find that's really all it was. But, with the release of the Conspiracy's second chapter, 2011's Blunt Force Trauma, the time for pinching oneself is over, along with the feeling of blind gratitude that would make it impossible to give a lucid assessment of the band's musical merits. Luckily, however, the Cavalera songwriting genes remain surprisingly resistant to decay, and not only does Blunt Force Trauma repeat its predecessor's (that being 2008's Inflikted) extreme metal eclecticism, but sharpens its focus to a diamond-tipped edge of devastating economy, just as advertised, come to think of it. So, among the offerings to be had, there are vicious thrash/death/hardcore blends such as "Warlord," "Torture" and "Target" that, if not for the scything lead guitar provided by Max Cavalera's longtime Soulfly sideman, Marc Rizzo, do nothing to misinterpret the album's title; more measured and melodic post-Motörhead crunchers like "Killing Inside," "I Speak Hate," and the title cut; and even a curious trilogy dedicated to shady characters (whose complex personalities seem to inspire the inventive songwriting itself) in "Ganghis Khan," "Burn Waco," and "Rasputin." On top of all this, Max's penchant for inviting guest participants is satisfied by Agnostic Front legend Roger Miret's pitbull cameo on "Lynch Mob", which coincidentally pauses for some hardcore breakdowns amid Dimebag Darrell-approved pinch-harmonic squeals (see also "Thrasher" in this regard), making it abundantly clear he still has no fear of dipping into any musical well for inspiration. And so, to fans looking for a break from Soulfly's at times overbearing world music inclinations and, well, soulfulness, Blunt Force Trauma suggests that the Cavalera Conspiracy will instead seek to provide a refreshingly brutal outlet for Max and Igor's fundamental extreme metal talents; talents that set them on their path to stardom to begin with. ~ Eduardo Rivadavia, Rovi