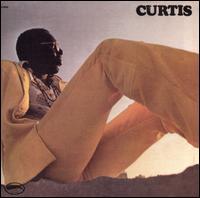 The first solo album by the former leader of the Impressions, Curtis represented a musical apotheosis for Curtis Mayfield -- indeed, it was practically the "Sgt. Pepper's" album of '70s soul, helping with its content and its success to open the whole genre to much bigger, richer musical canvases than artists had previously worked with. All of Mayfield's years of experience of life, music, and people were pulled together into a rich, powerful, topical musical statement that reflected not only the most up-to-date soul sounds of its period, finely produced by Mayfield himself, and the immediacy of the times and their political and social concerns, but also embraced the most elegant R&B sounds out of the past. As a producer, Mayfield embraced the most progressive soul sounds of the era, stretching them out compellingly on numbers like "Move on Up," but also drew on orchestral sounds (especially harps), to achieve some striking musical timbres (check out "Wild and Free"), and wove all of these influences, plus the topical nature of the songs, into a neat, amazingly lean whole. There was only one hit single off of this record, "(Don't Worry) If There's a Hell Down Below We're All Going to Go," which made number three, but the album as a whole was a single entity and really had to be heard that way. In the fall of 2000, Rhino Records reissued Curtis with upgraded sound and nine bonus tracks that extended its running time to over 70 minutes. All but one are demos, including "Miss Black America" and "The Making of You," but mostly consist of tracks that he completed for subsequent albums; they're fascinating to hear, representing very different, much more jagged and stripped-down sounds. The upgraded CD concludes with the single version of "(Don't Worry) If There's a Hell Below We're All Going to Go." ~ Bruce Eder, Rovi