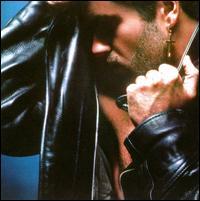 A superbly crafted mainstream pop/rock masterpiece, Faith made George Michael an international solo star, selling over ten million copies in the U.S. alone as of 2000. Perhaps even more impressively, it also made him the first white solo artist to hit number one on the R&B album charts. Michael had already proven the soulful power of his pipes by singing a duet with Aretha Franklin on the 1987 smash "I Knew You Were Waiting (For Me)," but he went even farther when it came to crafting his own material, using sophisticated '70s soul as an indispensable part of his foundation. Of course, it's only a part. Faith's ingenuity lies in the way it straddles pop, adult contemporary, R&B, and dance music as though there were no distinctions between them. In addition to his basic repertoire of funky dance-pop and airy, shimmering ballads, Michael appropriates the Bo Diddley beat for the rockabilly-tinged title track, and proves himself a better-than-decent torch singer on the cocktail jazz of "Kissing a Fool." Michael arranged and produced the album himself, and the familiarity of many of these songs can obscure his skills in those departments -- close listening reveals his knack for shifting elements in and out of the mix and adding subtle embellishments when a little emphasis or variety is needed. Though Faith couldn't completely shake Michael's bubblegum image in some quarters, the album's themes were decidedly adult. "I Want Your Sex" was the most notorious example, of course, but even the love songs were strikingly personal and mature, grappling with complex adult desires and scarred by past heartbreak. All of it adds up to one of the finest pop albums of the '80s, setting a high-water mark that Michael was only able to reach in isolated moments afterward.

[Sony/Legacy’s 2011 deluxe reissue of Faith contains a remastered version of George Michael’s 1987 solo debut accompanied by a CD of remixes, single edits, and rarities as well as a DVD of videos and TV specials, all housed in a 40-page hardcover book. As one of the great pop albums of the 1980s, Faith deserves this kind of deluxe treatment, particularly because the inclusion of the music videos enhances the understanding of why the record dominated pop for two years. Michael had a knack for finding the right image for the right song -- the clean supermodel strut of “I Want Your Sex,” the smoky haze of “Father Figure” -- and that fueled Faith’s herculean reign on international pop charts. There was no wasted image and Michael had no wasted songs, either, his B-sides devoted to remixes or edits, the choice of which are included here along with instrumental mixes of “Faith” and “Kissing a Fool” and live versions of “I Believe When I Fall in Love” and “Love’s in Need of Love Today,” plus the excellent “Fantasy,” which wound up as a B-side for Listen Without Prejudice’s "Freedom! '90." Much of the bonus material is enjoyable, albeit in a time-capsule fashion -- nothing evokes 1989 like a Shep Pettibone remix -- but the real star of the reissue is the album itself. After 24 years, it’s still a gleaming, immaculate piece of dance-pop retaining its sleek, stainless appeal. The 2011 reissue of Faith also came in a trimmer edition that didn’t have the DVD or hardcover book, just the two CDs.] ~ Steve Huey, Rovi