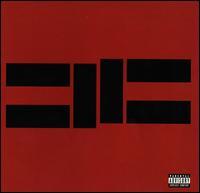 The release of Inflikted by the Cavalera Conspiracy -- composed of long-estranged Sepultura siblings Max and Igor Cavalera, plus Soulfly guitarist Marc Rizzo and Gojira bassist Joe Duplantier -- brings to fruition one of the most anticipated yet most improbable reunions in heavy metal history...well, almost. Obviously, the entirety of Sepultura's "classic" lineup (rounded out by guitarist Andreas Kisser and bassist Paulo Jr., still, unfortunately, failing to do the hallowed name justice elsewhere) would have been the ultimate dream come true for metal fans across the globe. But why quibble over details when near-miracles are at hand? Especially when Inflikted (named after the new band's original moniker) succeeds on so many levels -- not the least of them being that it's neither a belated rehashing of Sepultura, nor a mere continuation of Soulfly, despite containing ample recognizable qualities of both bands. After all, Max is Max, and as the chief songwriter for all of the above, certain idiosyncrasies simply come with the (pardon the pun) "Territory" -- who would want it any other way? These include the often simple but universal lyrical concepts (ever laced with unrepentant profanity) driving unadorned anthems of rebellion like "Hex" and "Nevertrust"; the innate musical immediacy wed to uncompromising brutality (first achieved on Sepultura's commercial breakthrough, Chaos A.D.) seen on first single "Sanctuary"; the devastating "The Doom of All Fires," and, oh yes, "UM-DOIS-TRES-QUATRO!," saved for closing blast "Must Kill." And Iggor (now with twice as much "G" power!) being Iggor, the bulk of Inflikted's material benefits from emphatic percussion, mixing traditionally metallic techniques (like his trademark death metal kick-drums and super fast hands) with off-kilter beats, liable to rescue a few cuts like "Terrorize" and "Ultra-Violent" from otherwise boring fates. As for the other two guys not named Cavalera, bassist Duplantier generally just keeps a low sonic profile and his nose out of trouble, but guitarist Marc Rizzo's contributions to the Conspiracy really can't be overstated. As has been the case on recent Soulfly releases, his otherworldly soloing and inventive melodic lines (see memorable showcases in "Dark Art" and "Hearts of Darkness") often serve as the creative catalysts responsible for the most inspired moments. So are there any out-and-out surprises, you might ask? Well, not really, but Inflikted's powerful opening title track does contain unexpected industrial nuances, which resurface discreetly on later tracks, and the spectacular "Bloodbrawl" is pretty shocking for the candor with which it addresses all those lost years of familial animosity. Arranged in accordance with the different stages of Max's and Igor's feud, "Bloodbrawl" moves across three very distinct-sounding stages: initially shaped by harsh fighting talk and furious death/thrash violence; followed by a troubled, mid-paced, mid-section contrasting obstinate grooves with tense harmonies and bitter lead runs battling for supremacy before finally culminating in mournful acoustic strummings filled with sorrow and regret. If any one song could lay bare the futility of it all and help heal Sepultura's broken body, this might be it; but we're getting ahead of ourselves. Best to stick with the present, because, given Inflikted's overall high standards, the Cavalera Conspiracy may be around for a while. ~ Eduardo Rivadavia, Rovi