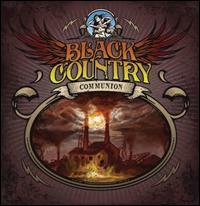 Supergroup fever: catch it! 2009 was an especially kind year for these ego-busting entities, spawning Them Crooked Vultures (Josh Homme, John Paul Jones, Dave Grohl) and Chickenfoot (Sammy Hagar, Joe Satriani, Michael Anthony, and Chad Smith) in the hard rock category alone. So it was no surprise when 2010 brought us Black Country Communion (courtesy of mega-producer and matchmaker to the stars, Kevin Shirley), which blended the legendary talents of bassist/vocalist Glenn Hughes, guitarist Joe Bonamassa, drummer Jason Bonham, and keyboardist Derek Sherinian. Not surprisingly, the quartet's eponymous debut album was generally drooled over upon delivery, but for once, the media hype was largely justified by the music, which successfully set out to modernize the vintage Deep Purple template on the strength of former Mark III member Hughes' signature power-soul voice and the necessary Hammond organ sound replicated here by Sherinian. OK, so listeners who were unaware of bluesman Bonamassa's longtime affinity for ‘70s rock dinosaurs of Purple's ilk (look up his debut album for a devastating cover of Jethro Tull's "A New Day Yesterday") couldn't have known how well suited he too was to the task at hand; but it goes without saying that Bonham's unimpeachable classic rock DNA would provide a perfect foundation for all this. So with all of the ingredients set, the only thing that could possibly derail this coal-burning iron horse of a band was that all-too-common supergroup affliction: no songs -- never mind enough chemistry -- for the whole to equal the sum of its parts. But Black Country Communion actually delivers the goods for much of this album, including the infectious one-two punch of "Black Country" (a threat) and "One Last Soul" (a promise), the believably desperate "Down Again" (featuring a hair-raising vocal from Hughes), and the best of many epics, "Song of Yesterday," which contrasts a soft instrumental touch against Led Zeppelin-sized bombast. Elsewhere, a cover of Trapeze's "Medusa" brings it all back to the beginning for Hughes; the overcast mid-section of "The Revolution in Me" gives Sherinian some room to roam; and Bonamassa's solos show equal doses of tasteful restraint ("The Great Divide") and boastful abandon ("Beggerman") throughout, leaving just a few songs lost in the shuffle (even though the out-of-sorts, AC/DC-gone-Sunset Strip of "Sista Jane" is impossible to ignore). In short, to the relief of fans of all four participants, Black Country Communion's debut takes the dread out of the supergroup equation, at least until 2011 mints the next strain of virulent celebrity get-togethers, once again testing the wisdom behind this recurring phenomenon. ~ Eduardo Rivadavia, Rovi