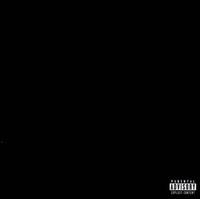 For all the artist-label snags Lasers hit prior to its birth, the album topped the Billboard 200, while one of its singles, "The Show Goes On," became Lupe Fiasco's second Top Ten Hot 100 hit. As that album was in limbo, Fiasco began working on his confusingly titled fourth album, a 69-minute "part one" of a sequel to his 2006 debut. It's most certainly not a Lasers sequel. There's no obvious attempt to repeat earlier pop chart successes, and its introduction is indicative, similar to that of 2007's elaborately conceptual The Cool, with Fiasco's sister Ayesha Jaco contributing some more of her commanding poetry. Released only a year and a half after Lasers, the album was likely met with fewer label-related issues, but each one of its first three singles stirred up some controversy. "Around My Way (Freedom Ain't Free)" uses the indelible beat from Pete Rock & C.L. Smooth's "They Reminisce Over You (T.R.O.Y.)," considered by many hip-hop fans to be untouchable for its emotional relevance and classic stature. Pete Rock himself objected vehemently, and that conflict was resolved, but the beat is a bad match for the MC's angered, if piercingly focused and thoughtful, rhymes. On "Bitch Bad," Fiasco takes a characteristically authoritarian stance on misogyny. The order of the second and third nouns in the hook -- "Bitch bad/Woman good/Lady better/They misunderstood" -- is one of its many debatable issues. As with many of his songs, the lyrical value (clever, cerebral) is far greater than the musical value (sluggish, meandering). It's much more about delivering a message and provoking debate than replays. For the third single, "Lamborghini Angels," Fiasco is at his detailed and focused best, combining surreal imagery and grim non-fiction over a brilliantly tense beat from Mr. Inkredible. Through this song, the MC covers behavioral programming, child sexual abuse, and Afghan civilian murders in a graphic manner. Don't expect a party. Don't expect to appreciate each method he uses to relay his viewpoints. One can at least appreciate, or at least respect, a rapper capable of dropping an absolute stinger like "But my tone was like a Afghani, killed without a home, blew that bitch up with a drone" like it's nothing. ~ Andy Kellman, Rovi