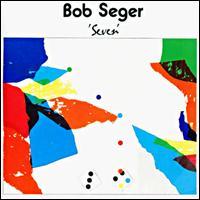 With his seventh album, appropriately titled Seven, Bob Seger delivered one of his strongest, hardest-hitting rock records -- the toughest since the days of the Bob Seger System. Not to say that he ever abandoned rock & roll, since Back in '72 was filled with fantastic rockers, but it was tempered with reflective singer/songwriter material. Not here. Even the slowest song, "20 Years from Now," is a steady mid-tempo ballad that showcases the band. Still, that's a rare moment of reflection on a record that opens with "Get out of Denver," the greatest Chuck Berry knockoff ever written, and never loses momentum. Great, raucous rockers pile up one after the other as Seger spins out barroom anthems ("Seen a Lot of Floors"), anti-establishment tirades ("Long Song Comin'," "Cross of Gold"), jokes ("U.M.C. [Upper Middle Class]"), bluesy rock ("All Your Love"), and simple garage rockers ("Need Ya," "School Teacher"). Only nine songs, lasting just over a half-hour, but it's one of the most infectious sets Seger ever cut, proving that he wasn't just a dynamite rocker, but he had the songs to match. And, again, it didn't have any success -- it didn't even chart, actually. That doesn't change the fact that this is one of his very best albums. ~ Stephen Thomas Erlewine, Rovi