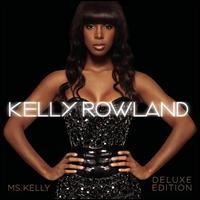 Even the best of artists make mistakes. Such is the case for Kelly Rowland, whose second release, Ms. Kelly, was not what many fans expected. In hopes of creating a dancefloor ready, hot and spicy R&B album, Rowland dropped a tepid release of middling midtempo beats splattered with a couple of strong dance tracks. Therefore, when news of a reissue of the album first began, many fans were left wondering why. Low and behold, the "Deluxe Edition" of Ms. Kelly is nearly a whole new album in its entirety, with only a few tracks left intact from the original release. Of the 13 tracks on this deluxe reissue, only five are from the original album, including the collaboration with Eve, while the album's original lead single, "Like This," is one of the few tracks that survived the overhaul. Other singles such as "Ghetto" and "Comeback" are scrapped (though "Comeback" is replaced with a dance remix of the same song). Left over are steamy songs such as "This Is Love" and "Every Thought Is You." Recent singles that weren't on the original release but are now included are "Daylight," a breezy, sunny dance track featuring Travis McCoy of Gym Class Heroes, and the Freemasons remix of a Ms. Kelly track entitled "Work." The two popping pieces are Rowland at her peak, and the latter (in the remix form) is one of Rowland's most successful tracks globally, and her strongest pop recording to date. Included on this release are four other new tracks: "Broken," "Unity," "No Man No Cry," and "Love Again," all of which are slowed down, thick jams which speak of heartache and desire. On this album, the slow tunes are plentiful, however where on the first album they seemed like sloppy, watered down tunes; on the deluxe edition, the sounds are split between well-crafted R&B hits and strong adult contemporary songs (specifically "Unity," where Rowland reveals how strong a vocalist and artist she is, even if the music isn't straight-up rhythm & blues.) What's cool about this second sophomore release is that because the dance tracks are so strong (Rowland handpicked the best of the remixes and original numbers off her former release in addition to "Daylight," creating a super selection of dance beats), when combined with the slower jams (like "Love Again," a piano ballad where Rowland sparkles), the overall feel of the album is much tighter, much stronger, and holds more impact for the listener. There are only a couple of weak links, the re-release is Rowland's best one yet by miles, a satisfying, well-planned record consisting of the best of the funky Kelly and the dramatic Kelly, who've come together here to prove why this Child's destiny is to be a superstar. This album is an incredible showing of taste, talent, and charisma at every speed, and is one of the strongest mainstream R&B releases in many years. [Released at the same time digitally was "Ms. Kelly: Diva Deluxe," which bore all the new tracks from from the deluxe edition in an EP format.] ~ Matthew Chisling, Rovi