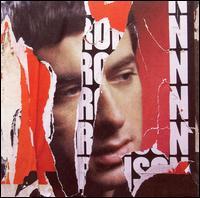 You know that a producer has become a star in his own right when he's given a contract to put out an album under his own name -- but, really, if any producer deserved his own vanity project in 2007, it's Mark Ronson, the man behind much of the two best British pop albums in 2006, Lily Allen's Alright, Still and Amy Winehouse's Back to Black. Ronson, of course, had been a fixture in the N.Y.C. and London DJ scenes long before this, and had even released an album called Here Comes the Fuzz in 2003 that found him enlisting a cast of American hipsters -- everyone from Ghostface Killah and Mos Def to Rivers Cuomo, Jack White, and Saturday Night Live comedian Jimmy Fallon -- to front tracks he crafted. Ronson keeps that same blueprint for his second album, Version, but he sets his sights on the U.K., the country that finally turned him into a star thanks to those Allen and Winehouse productions, bringing in Lily and Amy and a parade of modern Brit stars to sing over his tracks. This time around, Ronson has ginned up the original concept with a better concept: to cover a bunch of contemporary British pop classics and modern hits, ranging from the Jam's "Pretty Green" to Maxïmo Park's "Apply Some Pressure." All of the tunes have been run through Ronson's grinder, turning them into splashy, clever, but not-quite-campy blends of old-school hip-hop, '60s soul (equal parts Motown and Stax), postmodern pop, and classic kitsch, so it sounds like a modern update on a late-'60s variety show. Since Ronson has a distinct musical viewpoint -- one that's heavy on style, of course; one that's designed for club play but emphasizes melody and feel over beats -- Version holds together as a proper album, but that's primarily because Ronson turns everything into a soundtrack for an absurd retro-fantasia of a Northern soul club, one where the Tamla beat never stops pounding even as it morphs into rolling hip-hop loops, one where the horns never stop blaring, one where the pop hooks are as prominent as the groove. Whether you're into club music or pop, it's easy to be seduced by Ronson's fantasy, and Version sure is fun as it plays the first time through, and several of his reinventions are giddy, devious delights, as when he finally injects some humor into Coldplay by turning "God Put a Smile Upon Your Face" into an instrumental fueled by the Daptone Horns, or doing a similar deed to Radiohead's "Just" (here sung by Phantom Planet), or how the Smiths' "Stop Me If You Think You've Heard This One Before" is turned into a soul medley with the Supremes' "You Keep Me Hangin' On" as sung by Daniel Merriweather. That latter track in particular is a neat trick, but it's like the bulk of Version in microcosm: the imagination and skill is dazzling at first but subsequent spins reveal it as more style than substance, particularly because Merriweather isn't a sensitive interpreter and his affectless delivery becomes grating upon repeated plays, turning this into a shallow display of production virtuosity. Too much of Version is like this -- great ideas shackled by bland vocalists -- to make it a lasting pleasure, but in the moment it's a great party record anchored by two brilliant moments: Lily Allen's take on the Kaiser Chiefs' "Oh My God" and Amy Winehouse's flat-out stupendous reworking of the Zutons' "Valerie," which turns it into a lost Motown classic. Not for nothing are these two highlights from the artists who made Mark Ronson a star -- not only do their aesthetics match his, but they're the only ones with enough charisma to overpower his showy tracks and make them into their own. ~ Stephen Thomas Erlewine, Rovi