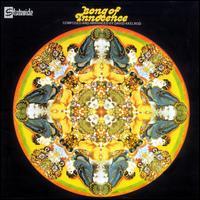 Producer, arranger, and engineer David Axelrod made his mark with Cannonball Adderley, Lou Rawls, and the Electric Prunes. He created recording dates -- both live and in the studio -- with crisp innovative production, forward-looking arrangements, and killer sound effects (the Prunes' weird "Mass in F Minor" is a case in point). No one, however, expected him to make his own records. Nonetheless, in 1968 his first concept work was issued under the EMI imprint. His inspiration was Songs of Innocence, English poet William Blake's watershed collection of poems; Axelrod set seven of them to music using a bevy of studio musicians and a lot of clout at the label. Using a rock orchestra, Axelrod created a suite that blended pop, rock, jazz, theater music, and R&B that has withstood the test of time, and has been revisited and sampled by electronica pioneers such as DJ Shadow and DJ Cam. Perhaps the best known tune of this mystical mixture is the jazzed out, slow groove of "Holy Thursday," with its bluesy bop piano lines and huger than huge string section playing a vamp from a Count Basie tune. Meanwhile, the rhythm section floats a steady, swinging rhythm to the guitars and brass who answer with dramatic harmonics centered around a complex yet elegant melodic, and the guitar itself screams overhead. It's a jazz boogaloo with classical overtones. And yes, it, and the rest of the album, sound as if it would be excessive and awful. This was visionary work in 1968, and, to commit heresy, withstands the test of time better than the Beatles Sgt. Pepper's Lonely Hearts Club Band album that allegedly inspired it. Axelrod's psychedelia is implied; its compositional form and feeling that drive him to celebrate the wildness and folly of youth with celebration and verve. And as a result, the music here sounds fresh, free of cynicism and hipper-than-thou posturing, remaining new each time it is heard. Song of Innocence made critics turn their heads in its day, regarding it as a visionary curiosity piece; today it's simply a great, timeless work of pop art that continues to inspire over three decades after its initial release. ~ Thom Jurek, Rovi