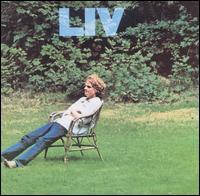 "Get Out of Bed" leads off Liv, the 1971 album from Livingston Taylor, and it is a brilliant and exciting slice of pop music which should have been a huge international smash. It is one of those songs that you want to play 50 or 60 times in a row, perfectly written and recorded. Produced by Bruce Springsteen mentor Jon Landau and managed by Don Law, the son of the legendary country record producer Don Law, Sr., this Warner Bros. album had all the elements, and is more endearing than the two Top 40 hits this member of the famous Taylor family eventually garnered in 1978 and 1980. Liv's original songs are uplifting and give brother James Taylor a good run for his money. "May I Stay Around" has a vibrant vocal working itself over the elegant acoustic guitar, the bright green colors of the album cover and the laid-back young Livingston sitting in a chair looking aloof just calls back to a time when this sort of music was exploding -- Jim Croce, brother James, Harry Chapin, and Carole King, who he is closest to both vocally and sentimentally. The singer picks up the piano on "Open Up Your Eyes," "Get Out of Bed," "Be That Way," and "Gentleman," as well as the cover of "On Broadway," and with the understated production of Jon Landau, Livingston's beautiful heartfelt vocals make this an extraordinary work of art. Most of the tunes are around the three-minute mark, except for "Easy Prey," which gets over four-and-a-half; "Gentleman shows where the artist's contemporary (one year younger than this Taylor) Dan Fogelberg found part of his sound, though the performance is not as pronounced as "Easy Prey," the band kicking in early on that tune, Bill Stewart on drums, Paul Hornsby on electric piano, Tommy Talton on lead guitar, performing breathy, moving stuff. A low-key Quicksilver Messenger Service from the East Coast is what this album is, a musical journey full of delight and surprise. Dave Woodford's flute on "Open Up Your Eyes" is perfect and essential, and this serious music is the antithesis of Hugo Montenegro's Dawn of Dylan tribute album. Liv is the real thing by a troubadour who never really got the acclaim he deserved. Perhaps he was overshadowed by older brother James Taylor, or maybe Jonathan Edwards' "Sunshine" going Top Five nationally the year this album was released edged out other music from Boston instead of putting a focus on the region. Politcal reasons for this not making him a huge star aside, what remains is a very strong album which cries out to get played again and again. Exquisite. ~ Joe Viglione, Rovi