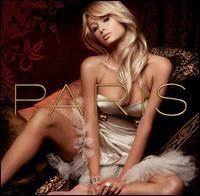 As everybody knows, Paris Hilton is famous simply for existing. Even before she was a household name the heiress to the Hilton hotel fortune was famous in certain circles, partially because of her pedigree, partially because she was at every exclusive party, partially because of her very name, an instantly memorable and malleable moniker that spawned T-shirts ("Paris Hilton Is Burning") and gossip websites alike. All this hipster activity was bound to spill over into the mainstream and it did in a spectacular fashion in 2003 when she and Nicole Richie -- her best friend for life circa 2003 -- starred in the reality series The Simple Life, which saw the two pampered socialites attempting to fit into the real world of Wal-Marts and roadhouse saloons. Just before the series hit the airwaves, a sex tape of Paris with her ex-boyfriend Rick Solomon was leaked to the Internet and the resulting media hoopla of the show and the porn made Paris a bona fide celebrity. Pretty soon, she was everywhere and she began dabbling in almost every part of the entertainment industry, from film to fashion. What all these projects had in common is that they all featured Paris as Paris -- even when she was getting whacked in House of Wax, she wasn't really playing a character -- and in all of them her presence never matched her persona, which always was more compelling as seen through the prism of tabloids. She seemed destined to never deliver any project that would justify her fame, and it certainly seemed that the album that she spent two years recording would not be the project that would be a flat-out success -- that prolonged gestation for a pop album nearly guarantees trouble of some kind.

Amazingly, that long-to-materialize album (it's hard to call it highly anticipated) turns out to be shockingly good -- and not just according to a grading curve for actors-turned-singers. After all, Paris was never an actress to begin with; she was a media creation who peddled the same image to a number of different formats, and it just so happens that her sexy, spoiled, shallow act is perfectly suited for bubblegum pop. Of course, it helps that she has a crack team of professionals supporting her on Paris, chief among them songwriter Kara DioGuardi and producer/co-writer Scott Storch, who is name-dropped on the first song, "Turn It Up," and leaves a heavy imprint on the rest of the record, producing just over half of it and serving as one of the executive producers along with Tom Whalley and Paris herself. They come up with a sound that's casually modern and retro with enough heft in its rhythms to sound good at clubs, yet it's designed to be heard outdoors on the sunniest day of the summer. This is exceedingly light music, as sweet and bubbly as a wine spritzer, yet it isn't so frothy that it floats away. Like the best lightweight pop, Paris retains its sense of fun through repeated listens, long past the point that the novelty of Paris Hilton releasing a good album has worn off.

Make no mistake, Paris is a very good pop album, at times deliberately reminiscent of Blondie, Madonna, and Gwen Stefani, yet having its own distinct character -- namely, Paris' persona, which is shamelessly shallow and devoid of any depth. Where that might be irritating within a movie or within pop culture at large, when placed in a shiny, hooky dance-pop album it works splendidly, particularly because the songs are strong and Storch and company know how to keep things light -- and everybody involved knows that it's fun to play around with Paris' image, no matter if it's her murmuring "that's hot" at the beginning of the record or covering Rod Stewart's "Do Ya Think I'm Sexy," or writing about her feud with Nicole Ritchie on the delightful "Jealousy." But for as much as Paris is about Paris, she doesn't necessarily stand out here; her voice -- which is almost certainly auto-tuned and tweaked by a computer, yet it's nevertheless appealing, more so than Britney Spears' often awkward squawk -- may blend into the production, yet that actually helps the recordings since it emphasizes the melodies above everything else. And there are some irresistible melodies here: the breezy "Stars Are Blind," the gilded rush of "I Want You" driven by a "Grease" sample, the sweet "Time After Time" rewrite "Heartbeat," and the great power pop of "Screwed," for starters.

Yes, there is no denying that this is a pure piece of product, but it is indeed pure as product. Paris makes no apologies for being mass-market pop, but everybody involved made sure that this was well-constructed mass-market pop. It may not bear the mark of an auteur the way Christina Aguilera's Back to Basics does, but it never feels tossed-off, and track-for-track it's more fun than anything released by Britney Spears or Jessica Simpson, and a lot fresher, too. It's easy to hate Paris Hilton -- lord knows that she and her friends like Brandon Davis are walking advertisements against the repeal of the estate tax -- but any pop fan who listens to Paris with an open mind will find that it's nothing but fun. ~ Stephen Thomas Erlewine, Rovi