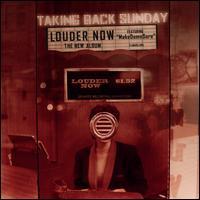 One has to hand it to Taking Back Sunday. Three albums in, they are now pretty much experts at re-creating their own sound, so much so that they can essentially make the same album repeatedly -- but you know, different -- yet still manage to rock hard enough underneath verbose lyrics that even those who notice the unabashed similarities to past releases just won't care. And yeah, obviously similar-sounding albums would be expected and somewhat desired from the same band. But really, it's quite obvious they take the "if it's not broke, don't fix it" motto straight to their emotive hearts. Since their debut Tell All Your Friends -- the album that broke TBS out as front-runners in the independent emo-rock scene of the early 2000s -- the band has managed to regurgitate their time-tested approach of layering multiple vocals spewing embittered lyrics over guitar-driven up-and-down dynamics on each subsequent release. Only by 2006, they've managed to influence so many upstarts along the way, their once-unique formula seems almost commonplace. With that being said, the band's songwriting has admittedly matured within that mold, honing their sound into one fit for arenas. Louder Now is an apt title for a super-tight, aggressive album that falls somewhere between their last two, tapping the heartfelt vigor of Tell All Your Friends in order to give Where You Want to Be a swift, square kick in the pants. "What's It Feel Like to Be a Ghost?" opens with terse riffing that soon surges with a composed feeling of frenzy over a thick, dirty bassline as Adam Lazzara declares "Are you up for, are you up for this?" Following suit, "Liar (It Takes One to Know One)" doesn't miss a beat, rocking out amid trademark, animated wordplay between Lazzara and guitarist Fred Mascherino. "Twenty-Twenty Surgery" simply soars with the richest vocals on the album, and "My Blue Heaven" (whose beginning vaguely resembles Third Eye Blind's "Wounded") brings in the strings for added effect. Louder Now benefits from Eric Valentine's clean production touch that isn't overly slick, giving the band plenty of breathing room to ponder, crunch, and explode at will with seamless elasticity. Taking Back Sunday is a prime example of a band not needing a drastic makeover every few years to remain relevant to their audience. However, even if Louder Now brings the mosh-pit fun ready to be embraced by new and old fans alike, an attempt to push themselves further would be more than welcomed. Regardless, the album seems like it could finally boost TBS to the My Chemical Romance-level of airwave domination -- so watch out. ~ Corey Apar, Rovi