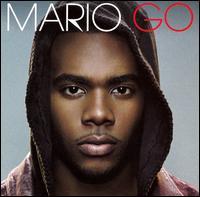 So much for "You should let me love you," then. "You down or what?" is the softest line from the opening title track of Mario's third and many times delayed album, and from there, the track -- a prodding Neptunes production with the requisite synthetic, sticky-sweet coatings -- is an obvious bid to surprise or even shock, with Mario proclaiming, "I ain't trying to meet your mother/I just wanna f*ck you like no other" and "If I stop f*ckin' you, it'll make your world end." Go is indeed Mario's most aggressive and assertive album, but no other song comes close to out-vulgarizing "Go" itself. There are several sensitive ballads, including "Music for Love," bearing a definite resemblance to J. Holiday's gently rocking and swaying "Bed," and an excellent choice for a cover in Keith Sweat's "Right and a Wrong Way." (Eighties babies will also catch a reference to Zapp's "Computer Love" in the former.) There is a handful of deceptively clever moments, too. "Kryptonite," for instance, puts a twist on the common "I'm a pimp, so take it or leave it" theme by positioning Mario as Superman with a weakness he cannot combat. An unnecessary Rich Boy verse, unfortunately, pretty much robs the song of its ability to produce any level of empathy. Although the raunchiness and posturing may act as deterrents -- that Juelz Santana is the other featured MC further indicates the direction in which Mario continues to head -- the album is, by some distance, the singer's strongest release yet, easily apparent after one listen, a credit that can be distributed equally between an ever-improving artist and his collaborators (including Timbaland, Mr. Collipark, Stargate, Akon, Sean Garrett, and Polow da Don). If Turning Point didn't make it evident that Usher has some more competition, Go seals the deal. Next time out, he'll hopefully not cross into Pretty Ricky territory. He gets dangerously close here. ~ Andy Kellman, Rovi