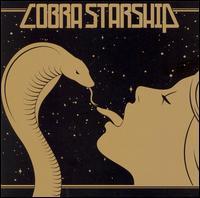 While the City Sleeps, We Rule the Streets

Having been introduced to Cobra Starship (aka Midtown vocalist/bassist Gabe Saporta) through the ridiculously catchy "Bring It (Snakes on a Plane)" from summer 2006's horror-comedy Snakes on a Planes, who could blame one for thinking the band something of a joke? The dance-pop song was almost the perfect balance of unabashed fun, absurdity, and catchiness, but it still seemed like a one-off novelty, not to mention a total shock to those familiar with Saporta through his work with Midtown. What could an entire full-length from Cobra Starship actually sound like? Lucky for everyone, Saporta was smart enough to realize these doubts going in, evidenced by the opening track on While the City Sleeps, We Rule the Streets, which asks, "Can you hear me now/That I'm dumbing myself down?/Is it filling you with doubt that I am who you thought?" Saporta seemingly knows this is all a bit ridiculous, but who cares when it's this fun? The sparse, acoustic song ends fittingly with "It's time to get faded because I can't think anymore." The album then launches into its main attraction of exuberant dance-rock that's shamelessly fun enough to loosen up a packed mosh pit of tight jeans and Chucks, yet smart enough amid all the raging hormones, shallowness, and sweaty grooves to not completely lose itself under the sparkling lights of excess. After all, the album is surprisingly controlled at times, complementing the over-the-top demeanor elsewhere. So where "The Church of Hot Addiction" is all power riffing and egocentric dance beats proclaiming, "Tonight I am the drug you can't deny/G A B E gonna get you high," the mellow synths of "The Kids Are All Fucked Up" provide space for post-party reflection. Other tracks, like the Ted Leo co-write "Keep It Simple" and even "Pop Punk Is Sooooo '05" (which could very well pass as a remixed Midtown song), keep the album grounded instead of flying away under the example of "Bring It." A knowing wink from Saporta underlies the entire affair, and he never comes off as sardonic or superior to his audience -- pretty impressive considering the MySpace pop-punk generation has something of a giant target attached to its back. Cobra Starship is truly about having a good time, oblivious to the scene police or external troubles. Taking its title literally, While the City Sleeps, We Rule the Streets embodies both the giddy highs and winding-down lows that come from a carefree night out on the town with friends. It's nothing more and nothing less. But that's just fine -- that's really all it wants to be anyway. ~ Corey Apar, Rovi