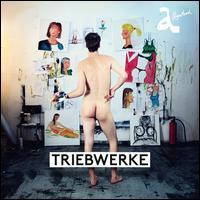 Alligatoah is the project of German rapper and producer Luke Strobel. Initially influenced by the battle-rap stylings of the Aggro Berlin collective, he invented two different aliases for his Alligatoah moniker: rapper and lyricist Kaliba 69 and producer DJ Deagle. While still in high school, the ambitious Strobel released his debut album, ATTNTAAT, in 2006 followed by the two mixtapes Sleeping Pills, Red Wine Pts. 1 and 2. In 2008, he issued his second album, In the Name of God, before finally graduating school and relocating to Berlin. Free to pursue his music career in earnest, Strobel immersed himself in the Berlin scene releasing two more mixtapes and joining the hip-hop collective Trailerpark, who released the album Crack Street Boys 2 in 2012. In 2013, again under the Alligatoah name, Strobel released his third album, Engines, which also included the additional acoustic bonus album Power Failure. Engines became the artist's biggest success, rising to number one on the German charts. ~ Timothy Monger, Rovi