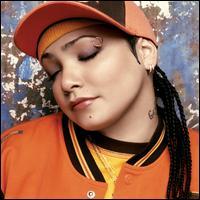 A fortuitous 2000 meeting with a talent scout in her native Fort Wayne, IN, led to Amanda Perez being signed by California-based indie Powerhouse. A versatile performer who wrote, sang, and produced her own material, it wasn't much of a step for Perez to find herself in a studio helming the creation of her debut record. Where You At? dropped in 2001. Buoyed by success in minor markets like San Antonio, TX, and her hometown, the album soon caught the attention of Virgin, which released it in wider distribution and issued the smooth urban soul single "Angel." The track was a crossover hit, and Perez was a star. She released the more upbeat follow-up "I Like It" soon after, and finished out 2003 with a round of club dates in select cities. The albums Angel and I Pray followed in quick succession. Both releases peaked within the Top 100 of the Billboard 200 album chart. ~ Johnny Loftus, Rovi