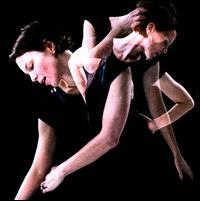 Anna Jarvinen is a Scandinavian singer/songwriter affiliated with the bands Granada and Dungen. Popular in both Finland and Sweden, she made her solo album debut in 2007 and reached the Top Ten in 2009 with her second album. Born April 16, 1970, in Helsinki and based in Stockholm, Sweden, she began her recording career as a member of the Swedish band Granada. As a singer/songwriter, she played a key role in the band between the years 1998 and 2003. After leaving the band, she collaborated with the Swedish psychedelic rock band Dungen and producer Mattias Glavå. The collaboration, which took place between July 2005 and November 2006 in Gothenburg, Sweden, resulted in her full-length solo album debut, Jag Fick Feeling (2007), on the label Häpna. Jarvinen collaborated with Dungen again on her second album, Man Var Bland Molnen (2009). Produced by Dungen bandmember Gustav Ejstes, Man Var Bland Molnen was a Top Ten hit in Finland and Top 20 in Sweden. ~ Jason Birchmeier, Rovi