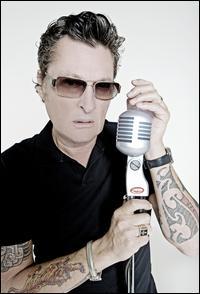 Barry Hay is the lead vocalist of Golden Earring, one of the most popular Dutch rock bands of the 20th century. In addition to his decades of output with Golden Earring, he released solo albums from time to time. Born August 16, 1948, in Faizabad, India, he moved to the Netherlands at age ten. In 1967 he joined the lineup of Golden Earring (then known as the Golden Earrings), a Dutch rock band based in the Hague that had been founded in 1961 and that had made its recording debut in 1965. The Hay-fronted lineup experienced decades of international success. The band evolved stylistically with the changing times, most notably progressing from psychedelic rock during the late '60s to hard rock in the 1970s. Best known stateside for their 1973 rock radio classic "Radar Love" and their 1982 early MTV staple "Twilight Zone," Golden Earring were one of the first European rock bands to tour the United States and did so repeatedly over the years. While only moderately popular internationally, the band scored several chart-topping hits in the Netherlands: "Dong Dong Diki Diki Dong" (1968), "Back Home" (1970), "Radar Love" (1973), "Twilight Zone" (1982), and "When the Lady Smiles" (1984). As a solo artist, Hay released full-length albums including Only Parrots, Frogs & Angels (1972), Victory of Bad Taste (1987), and The Big Band Theory (2008). Among these solo album efforts, Victory of Bad Taste spawned the minor hit single "Draggin' the Line," while The Big Band Theory, featuring the Metropole Big Band, was the most successful from a commercial standpoint, reaching number two on the Dutch albums chart. ~ Jason Birchmeier, Rovi