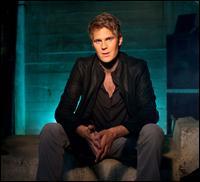 Swedish computer nerd Jonas Altberg (aka Basshunter) became an Internet phenomenon in the early 2000s with geek-friendly dance singles like "Boten Anna" (Anna Bot) and "Vi Sitter i Ventrilo och Spelar DotA" (We Sit in Ventrilo and Play DotA). Altberg began composing songs on his home computer in 1999, making them available to the general public via his website. They became a cult favorite, so much so that various clubs around Sweden started contacting Altberg with job offers. The first official Basshunter album, The Bass Machine, hit the Internet in 2004, and Altberg soon found himself entertaining offers from big-name record labels. He signed with Warner Bros. in 2006, and his sophomore album, LOL <(^^,)>, was released in September of that year. The album peaked in the Top Five in Sweden (five), Finland (four), and Denmark (three), and its lead single, "Boten Anna" (a song about an IRC bot) shot to number one on the Swedish, Dutch, and Danish charts. The follow-up single, "DotA" (a song about Warcraft III's Defense of the Ancients), didn't do quite as well, but still managed to peak in the Top Ten throughout Scandinavia. In 2009 he returned with the single "Every Morning" plus the album Bass Generation. In 2013 the archival release The Early Bedroom Sessions bundled his 2004 effort The Bass Machine with a disc of rare recordings and in the same year Calling Time, the long-awaited studio album, was released. ~ Margaret Reges, Rovi