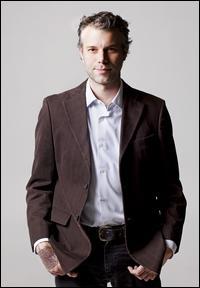 Singer, songwriter, and guitarist Ben Nichols is the frontman for the Memphis alt-country band Lucero. Lucero formed in the late '90s and the band has released a half-dozen or so albums since 2001, each drawing praise for the group's gritty, rootsy, and almost punk approach to country-rock and for Nichols' smoky, emotional vocal style. During breaks from Lucero, Nichols began recording more acoustic-based material, and an EP featuring a stripped-down trio of Nichols on acoustic guitar, Rick Steff (Cat Power) on accordion and piano, and Todd Beene (Glossary) on pedal steel and electric guitar appeared under Nichols' name in 2009 from Liberty & Lament Records. Titled The Last Pale Light in the West, the EP's seven songs are all based on characters and situations drawn from Cormac McCarthy's novel Blood Meridian. ~ Steve Leggett, Rovi