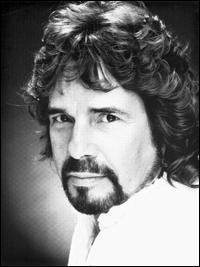 Remembered for his lone Top Ten single, "Key Largo," a soft rock fantasy about living in a Humphrey Bogart film, Bertie Higgins was a professional musician who made the leap to solo performing in the early '80s. His 1982 debut, Just Another Day in Paradise, was actually a comeback of sorts -- it was the first musical venture he had undertaken since 1968, when he retired to his hometown of Tarpon Springs, FL, after the breakup of his group, the Roemans. Between 1964 and 1968, Higgins drummed with the Roemans, who recorded a series of singles for ABC-Paramount, which were all ignored. More importantly, the Roemans supported vocalist Tommy Roe on tour, which was how they sustained an income. Following the breakup of the group, he returned to Tarpon Springs and over the course of the '70s slowly built up a collection of songs that formed the basis of Just Another Day in Paradise. Released on the independent label Kat Family in 1982, the record became a hit as the single "Key Largo" climbed its way into the Top Ten. "Key Largo" was the only hit from the record, although the title track did reach the Top 50. For the next 12 years, Higgins was quiet, releasing Then and Now on Epic in 1994 to little attention. Collectables released a set of mostly re-recorded songs from Higgins' songbook in 2003 as Key Largo. That same year, Brazilia appeared from Key Largo Records. Six years later in 2009, Captiva, on Toucan Cove/Universal, was released. ~ Stephen Thomas Erlewine, Rovi