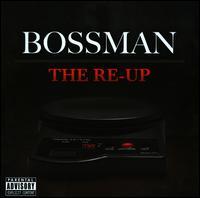 Informed by his city's notable club music scene, Baltimore rap artist Bossman adapts the sensibilities of underground hip-hop to his tastes for more accessible pop-rap. Born Travis Davon Holifield, he grew up on the Charm City's northeast side. Because both of his parents were sent to prison for robbery when he was 11 years old, he spent his early adolescent years living with his grandmother. During that time period, he was part of a Kris Kross-like pair, performing local gigs and talent shows under his uncle's guidance. By high school, he was finished with the kiddy rap phase and took on the rap pseudonym Jimmy Hash, forming a hardcore crew of local heavyweights named the Northeast Kings in early 2000; however, the group parted ways a few years after. Reinventing himself into Bossman, the Baltimore MC lunged into the local mixtape circuit and made popular radio hits like "Off da Record" and the Baltimore club anthem "Oh!" (the latter produced by resident high-ranking club DJ Rod Lee). In late 2004, he independently released his first full-length, Law and Order. Within the first few weeks, he managed to sell 10,000 records doing most of the promotional work himself. Generating major-label interest, Bossman rejected offers from Columbia, Universal, and Interscope to sign a deal with Virgin Records through Atlanta producer and hitmaker Jermaine Dupri, president of its urban division at the time. The Baltimore rapper wanted to reissue his Law and Order album on the label, except with all newly recorded songs, but the project's release date was repeatedly delayed. ~ Cyril Cordor, Rovi