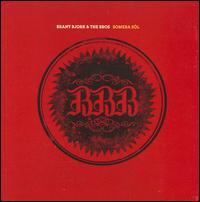 In addition to being a member of two of the 1990s' leading stoner rock bands, Kyuss and Fu Manchu, drummer Brant Bjork has also issued solo albums on his own, produced others, and runs his own record label. Hailing from Palm Desert, CA, Bjork began playing with guitarist Josh Homme, bassist Nick Oliveri, and singer John Garcia while they all were still in high school, resulting in the formation of Kyuss. The group's Sabbath-like sound fit in perfectly with such other then-current bands as Soundgarden and Alice in Chains, which resulted in the release of the 1991 indie debut Wretch, before the band signed on with Elektra. Kyuss issued what has gone on to become one of the decade's landmark metal releases, 1992's Blues for the Red Sun, which almost single-handedly created the ensuing stoner rock movement. Bjork also showcased his songwriting talents, single-handedly penning two of the album's highlights, "Green Machine" and "50 Million Year Trip (Downside Up)."

But the original lineup began to splinter shortly after the album's release as Oliveri left, and Bjork did the same after the release of 1994's Welcome to Sky Valley. After his exit, Bjork kept himself busy by producing others, including Fu Manchu's 1994 release, No One Rides for Free, another album that is held in reverence by hard rock fans. Bjork then joined the group as its drummer a few years later, appearing on such subsequent Fu Manchu releases as 1997's Action Is Go, 1999's Eatin' Dust, 2000's King of the Road, and 2001's California Crossing. Throughout the '90s, Bjork also found time to create his own indie label, El Camino Records (which later would be retitled Duna Records), appear on other artists' recordings (Josh Homme's Desert Sessions series, etc.), and launch a solo career with the 1999 release Jalamanta. Also during the late '90s, Bjork was briefly an early member of Homme's post-Kyuss band, Queens of the Stone Age, but exited before appearing on any recordings.