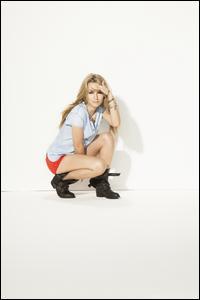 Singer/actress Bridgit Mendler is best known as the star of the Disney Channel series Good Luck Charlie. As a singer, she makes upbeat R&B and dance-inflected pop music. Born in Washington, D.C. in 1992, Mendler began performing as a child and by her teens had already developed an impressive résumé, including appearances on such shows as General Hospital, Disney's Nick Jonas vehicle Jonas, and the Disney series The Wizards of Waverly Place. In 2010 she began starring as Teddy Duncan on Good Luck Charlie, and a year later nabbed the lead in the Disney Channel musical movie Lemonade Mouth. Along with acting, Mendler has pursued a music career, recording songs for several Disney productions including the theme song for Good Luck Charlie and the song "This Is My Paradise" for Beverly Hills Chihuahua 2. In 2012 Mendler released her debut solo album, Hello My Name Is..., via Hollywood Records. ~ Matt Collar, Rovi