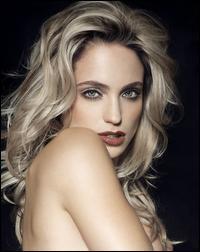 After she graduated high school in her native Corpus Christi, Texas, dance-pop vocalist and songwriter Cara Quici -- who had been involved with cheerleading, modeling, singing, and acting -- left for New York and spent four years there prior to moving to Hollywood. She studied piano and voice and released her first single, "Away from You," on her own label in 2010. Quici continued to self-release singles, most of which were playfully irreverent club tracks. In January 2014, she released "Fight," an "official remake" (don't call it a cover) of Beastie Boys' 1986 single "Fight for Your Right," along with an accompanying video that featured former professional basketball star Dennis Rodman. A few months later, she appeared on the website of Maxim magazine in their "Today's Girl" feature. ~ Andy Kellman, Rovi