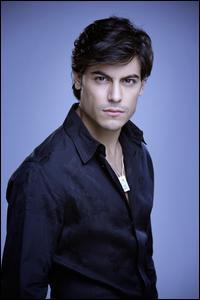 Carlos Rivera is a Mexican pop singer who rose to fame as the first-place winner of the reality television show La Academia in 2004. Born on March 15, 1986, in Huamantla, Tlaxcala, he signed a recording contract with Sony-BMG in the aftermath of his first-place finish on La Academia and made his full-length album debut with Carlos Rivera (2006). The album includes a pair of singles, "Te Me Vas" and "Y Si Tu Supieras," the latter the song from the film Mar de Sueños, and it also includes "Eres Total," the theme song from the telenovela Amor sin Condiciones. In 2010, Rivera released his second album, Mexicano, which spawned another pair of singles, "La Malageña" and "Amar y Vivir." ~ Jason Birchmeier, Rovi