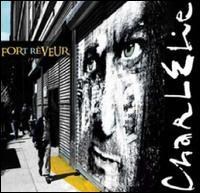 CharlElie Couture, defining himself as a polymorphic artist, is one it wouldn't be fair to reduce to his sole recordings since he also was a writer, a painter, a drawer, and a photographer. Yet, since he was spotted by Chris Blackwell in 1980, Couture has released a large number of records, showcasing a personal kind of pop/rock, with a touch of synth pop at times, and displaying a wide array of atmospheres, crafted lyrics, and a quite singular voice. Considering records, as an object, as a complete work of art, he was found at each and every stage of their making, using his versatile skills from production to sleeve design. Open-minded, Couture has traveled a lot and settled down in New York City in 2004 after some '90s Australian and Chicagoan experiences.

Born Charles-Élie Couture in Nancy on February 26, 1956, he graduated from Nancy's Art School, already capable of handling various artistic activities, including writing, painting, photography, and composition. He had got some of his works exposed at the early age of 15, and by the time he had finished his formation, he had created an artists-trust called "Local à Louer" and written an essay on classical and pop culture crossovers. As a musician, he started recording and releasing self-produced material in 1978, with 12 Chansons Dans la Sciure. He got help for his next record, 1979's Le Pêcheur, but it wasn't until 1980 that he found a recording contract, being spotted by no less than Island Records' Chris Blackwell himself, seduced by CharlElie's uncommon vocal texture and intriguing accent, and making Couture the first-ever French artist to sign to his legendary label. The first born of that newfound collaboration was 1981's classic Poêmes Rock, encountering critical praise and a warm public welcome, thanks, among other qualities, to the hit single "Comme un Avion Sans Ailes." All along the '80s, he went on recording studio and live works at an impressive pace, including the soundtracks to Tchao Pantin (featuring his good friend Coluche) and La Salle de Bain (featuring his brother Tom Novembre). In 1990 and 1991, he alternatively recorded two LPs in Australia (Melbourne Aussie and Victoria Spirit), before returning home with new influences, particularly in the painting field, and, focusing on multiple activities, released a bunch of less successful recordings. In 1997, he got to Chicago to record an heavily blues-influenced LP, Casque Nu, and decided to settle down in New York City in 2004, from where he released two records: 2004's Double Vue and 2006's New Yor-Coeur). ~ Olivier Duboc, Rovi