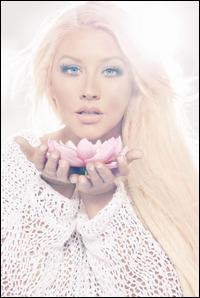 A leader in the parade of Mickey Mouse Club veterans who stormed pop at the turn of the millennium, Christina Aguilera was the sexy, brassy diva of the bunch -- the Rolling Stones to Britney Spears’ Beatles, as it were. Initially, it was difficult to see Christina outside of the prism of Britney, whose 1999 success launched the new millennium's teen pop boom, but Christina’s big hits of 1999 -- “Genie in a Bottle,” “What a Girl Wants,” “Come on Over” -- more than held their own with “Baby One More Time,” while revealing a vocalist with considerably more power and range than her erstwhile rival. Soon, Aguilera distanced herself from the rest of the teen pop pack beginning with her carnal sophomore set, Stripped, a heavy R&B album from 2002 that found its greatest success with the ballad “Beautiful.” Christina may have overemphasized her sexual side with singles like “Dirrtty,” but by the time of 2006’s Back to Basics, it was clear that Aguilera was the most musically ambitious, and reliable, pop diva of the boom.

Born on Staten Island on December 18, 1980, Aguilera spent her early childhood in Pittsburgh, PA. By age six, she began performing regularly in local talent shows, working her way to an appearance on the nationally televised competition Star Search. This was the true beginning of Aguilera’s professional career, leading her to joining Disney Channel’s reboot of The Mickey Mouse Club in 1992. Christina joined a cast that also featured future stars Britney Spears, Ryan Gosling, Justin Timberlake, JC Chasez, and Keri Russell. The New Mickey Mouse Club lasted for two years and after its cancellation, Aguilera began working behind the scenes of the pop machine, cutting a duet with Japanese pop singer Keizo Nakanishi called “All I Wanna Do,” then representing the U.S. three years later in the Golden Stag International Festival. Her first big break arrived in 1998, when she recorded “Reflection” for the soundtrack of Disney’s Mulan, a performance that lead to a contract with RCA Records.

RCA released Christina Aguilera late in the summer of 1999, several months after Britney’s “Baby One More Time” began the teen pop boom. Christina’s debut reached the top of the U.S. charts on the momentum of the number one single “Genie in a Bottle,” which was followed in short order by another chart-topper in “What a Girl Wants,” which happened to be the first number one of 2000. Aguilera racked up recognition in a number of ways, playing the Superbowl halftime show and winning the Grammy for Best New Artist, as “Come On Over Baby (All I Want Is You)” gave her a third number one single. Aguilera kept new product flowing, too, releasing the Spanish-language Mi Reflejo -- she didn’t speak the language, so she learned lyrics phonetically -- and My Kind of Christmas by the end of the year, while other labels attempted to cash in on her success via an unauthorized collection of old demos called Just Be Free. Christina Aguilera drifted down the charts in 2001 but she stayed in the spotlight via her participation of a remake of Labelle’s “Lady Marmalade” for the soundtrack of Baz Luhrmann’s Moulin Rouge.

When Aguilera resurfaced with new material in 2002, she began using the appellation Xtina, which was not the only “X” on her sophomore effort, Stripped. A carnal collection of risqué R&B largely produced by Scott Storch, Stripped was a defiant break from her teenybopper past, and Aguilera promoted it by flashing lots of skin on the covers of her album, Rolling Stone, and Maxim. Such striking sexuality earned mixed reviews and the lead single “Dirrty” failed to replicate her early success, but she straightened the ship with “Beautiful,” a ballad that turned into an anthem of sorts and peaked at number two on the Top 100.

Aguilera took another left turn for her next album, 2006’s Back to Basics. The title suggested something simple but the album was anything but, spilling out over two discs and running the gamut from brassy swing to modern dance. Its lead single, “Ain’t No Other Man,” was another blockbuster and Grammy winner for Christina, and the tour was her most ambitious to date. In 2008, Aguilera released her first hits collection, Keeps Gettin' Better, which was available exclusively via Target in the U.S. After a four-year break, Aguilera returned with her fourth album, Bionic, in the spring of 2010. Bionic proved to be Aguilera's first flop, earning decidedly mixed reviews, generating no hits, and failing to go gold. It was followed by a second stumble in Burlesque, Aguilera's first starring role on the big screen which was greeted to mediocre reviews and lackluster box office.

These were sudden unexpected setbacks, but Aguilera's comeback came just as quickly, arriving in the form of NBC's televised singing competition The Voice. As one of the four celebrity judges -- the others being Maroon 5's Adam Levine, Cee Lo Green, and Blake Shelton -- Christina found herself on a hit show that elevated her profile and gave her another hit single as Levine's duet partner on Maroon 5's 2011 chart-topper "Moves Like Jagger." The Voice retained its popularity in its second season in early 2012, and Aguilera spent much of the year prepping her fifth album, Lotus, which was released in November 2012. ~ Stephen Thomas Erlewine, Rovi