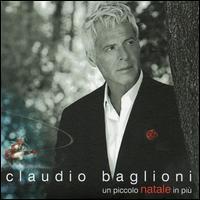 Born in Rome in 1951, Claudio Baglioni grew up singing but pursued an acting career during the late '60s. Signed to the Italian division of RCA by the end of the decade, however, Baglioni moved back to music with his 1970 self-titled debut. He released five additional albums for the label until 1977's Solo, moving afterwards to CBS. His first album for the new label was 1978's E Tu Come Stai?, and Baglioni continued to record for CBS until 1986, when he temporarily retired. Back in form by 1990, Claudio Baglioni released Oltre for Sony Music, and followed the LP with several albums throughout the '90s. He continued his acting career concurrently, appearing in several films by the renowned Italian director Franco Zeffirelli. ~ John Bush, Rovi